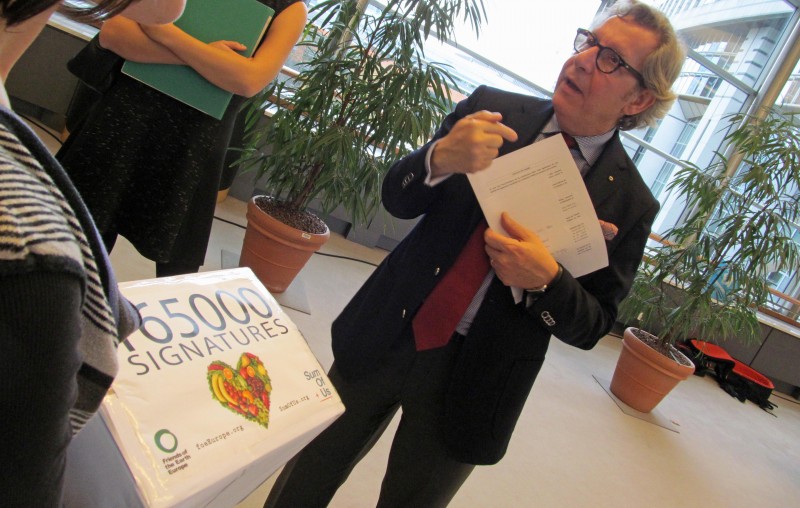 After more than four years of negotiations, the European Parliaments is close to the final decision on which new rights governments in Europe will get to ban the cultivation of genetically modified (GM) crops. MEPs in the Environment Committee will be voting on what changes to make to a proposal by Europe's environment ministers.

European governments are facing legal challenges to their national bans on GMOs by biotech companies, as well as pressure from the European Commission which is branding some such bans as scientifically unjustified. In response, European environment ministers voted to give biotech companies the right to be consulted in any decision to impose a national ban on a GM crop – a decision which Friends of the Earth Europe sees as a dangerous precedent for allowing corporations privileged access to the democratic decision-making process.

Speaking at the presentation of the petition, Mute Schimpf, GMO campaigner with Friends of the Earth Europe, said: "No country that chooses to ban or limit GMOs should be required to consult with corporations and seek their cooperation. Governments need legally solid rights to ban the cultivation of GM crops in their countries, without the undemocratic interference of corporate powers with vested interests. We are calling on the European Parliament to make big improvements to this weak proposal and to protect the democratic process."

Friends of the Earth Europe is demanding that the European Parliament: