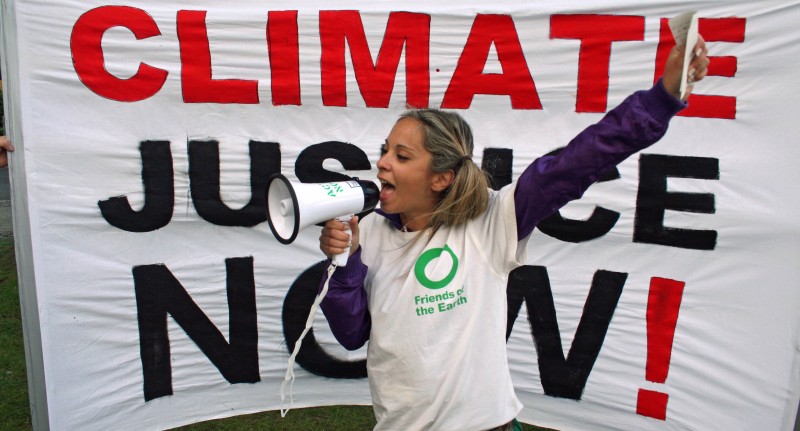 Reliable sources at the European Commission's energy department paint a gloomy picture of EU climate and energy policies for 2030.

Key decisions will be taken in November. But it seems many top Commission officials just want a CO2 target or possibly a renewables target as well. As things stand now, there's not much support for a target to reduce energy consumption.

This is a serious mistake. We need all three.

The Commission's idea is that, by just going for a CO2 target, member states will be free to decide for themselves how to cut emissions. But it's too much to expect 27 different policies to add up.

And a CO2-only policy means over-reliance on the Emissions Trading System, which is looking more and more like a lost cause.

To put this in context, this summer two new facts on climate change made matters even more urgent. Scientists linked recent examples of extreme weather – for example droughts leading to crop failures – to human activity.

At the same time, NASA announced that Arctic sea ice levels had reached a record low. The effects of climate change are getting more tangible and the window for taking effective action is closing fast.

This is why the Commission needs to specify how emission cuts will happen. It cannot prevaricate and tiptoe around national governments. If the Commission is serious about tackling climate change it must set 2030 targets for renewable energies and energy savings.

Many member states will oppose this, but we need to face the facts on other 'low carbon' options.

Nuclear is too dangerous as Fukushima – the accident which could never happen – shows us. Europe's own nuclear plants are also causing concern with an incident this summer at Doel 3, less than 60km from Brussels. Cracks were discovered in the tank containing the nuclear reactor.

To complicate matters, the company that built the tank, and others around the world, is no longer in business.

It is looking increasingly unlikely that Doel 3 will ever reopen.

Carbon capture and storage (CCS) is no better an alternative. Because energy is needed to capture, transport and store CO2, CCS increases reliance on fossil fuels. Rather than being a solution, it perpetuates the problem.

And the technology is still unproven with no commercial scale CCS plant in the world today. On CCS even The Economist manages to sound like an environmentalist: 'leaders are counting on a fix for climate change that is at best uncertain and at worst unworkable'.

This leaves renewables: wind, solar, hydro and limited quantities of sustainable biomass. No other energy source is as abundant, safe and technologically viable.

But regardless of the energy mix, the EU needs to use less energy. As the Commission itself has repeatedly said, emission cuts are conditional on saving energy. It is cost-effective too: Dutch research group ECOFYS estimates annual net savings could be €200 billion per year by 2020.

Commission policymakers know all this. So why talk about a CO2-only target for 2030? The risk of it not being met is far too high.

A 'combined' 2030 package, with CO2, renewables and energy savings on an equal footing, might not be popular and governments are likely to complain about 'EU prescriptiveness'. But since when has that been a reason for not doing the right thing?

The alternative is to cling to the familiar and wait until things get so bad that we are forced to change. Or maybe that's what the EU is already doing.

This article originally appeared on EurActiv.com