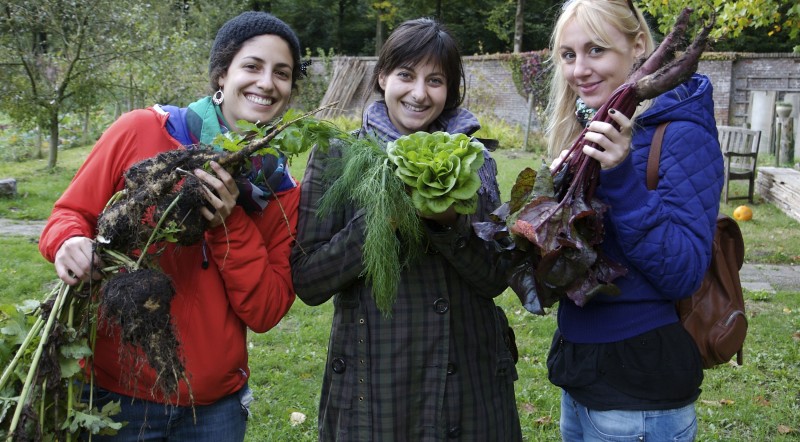 50 days of action to reCAPture agriculture

50 days of action for fairer and more sustainable agriculture in Europe, organised by Young Friends of the Earth Europe, ended today.

This autumn, key decisions are going to be made on the EU's Common Agricultural Policy. This affects each and everyone of us, not just in the EU but the world over. The policies being agreed will be legislation for the next seven years, but will have impacts that last for generations.

In Madrid held Friends of the Earth Madrid, with the Urban Garden Network, held a 'Guerrilla de Semillas' (Guerrilla Seed) event to fight against concrete and pollution in the city. The 'guerrilleros' made seed bombs using their hands, clay, compost, water and local seeds, which they threw so that the seeds take root in urban land around the city. They also held a workshop where they talked about seed saving and the importance of seed variety and biodiversity.

Young Friends of the Earth Austria organised a picnic lunch in Vienna. Everyone who came along brought with them one thing to eat, but without packaging so that there was no waste left from the picnic. Consumption without waste! Young Friends of the Earth Austria is planning its own vegetable next year to send the message 'Youth is willing to work for a greener, organic future!'.

Young Friends of the Earth Netherlands (JMA) had an information stall and gave a workshop on sustainable cooking at the Changemakers festival in Heino.

With recap, Young Friends of the Earth Europe is demanding that:

As the EU's decision-making on the reform of the 'Common Agriculture Policy' continues into 2013, Young Friends of the Earth Europe will be there, using pictures and actions and messages to shout for transformation of the food and agriculture system.

Check out all the photos over the course of the campaign so far at the online gallery: http://www.flickr.com/photos/youngfoee_recap