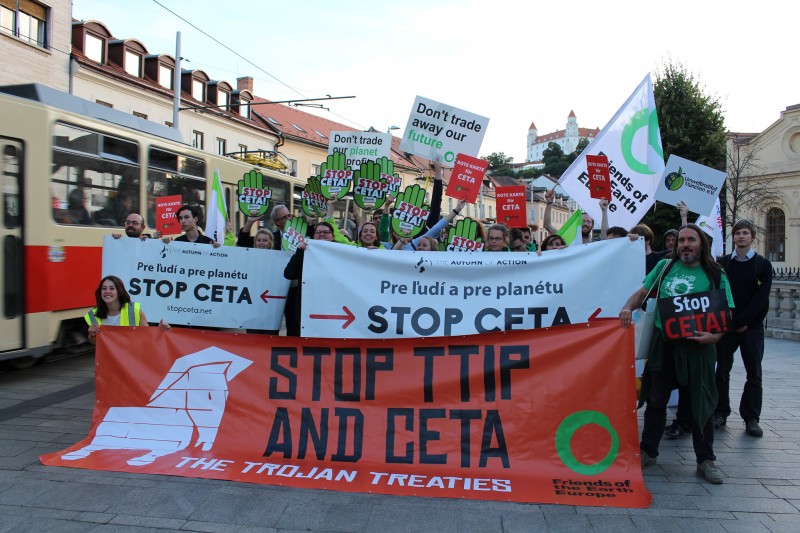 Friends of the Earth Europe welcomes first reports that Belgium challenges the use of corporate courts as proposed in the EU-Canada trade deal, CETA.

Belgium has apparently stated that four of its regional governments will not ratify the trade deal unless the proposed Investment Court System (ICS) is changed. It will also seek clarification from the European Court of Justice on whether these courts are compatible with European law. Legal experts and law professors have raised serious concerns about the compatibility of ICS with European treaties.

Investment tribunals are outside of a nation's judiciary and allow companies to sue governments if their investments are damaged through new legislation that, for example, protect people or the environment.

Paul de Clerck, economic justice coordinator for Friends of the Earth Europe stated: "This could be a good day for democracy. The use of investment tribunals allows companies to sue governments for lost profits if they introduce laws to protect people or the environment. These corporate courts have no place in our democracies and we welcome the stance of the dissenting Belgian regions in contending them."

The current summary of the agreement states that: