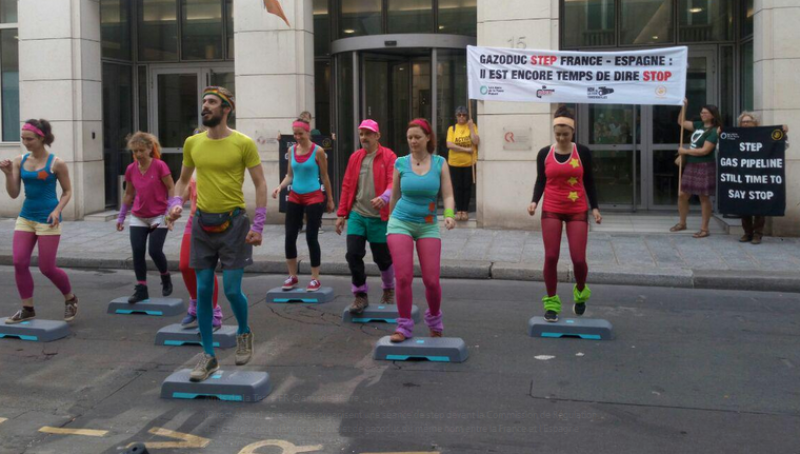 The European Commission today set out spending plans that could further lock Europe into a fossil fuel future well into the next decade, in proposals to extend the Connecting Europe Facility (CEF).

While the EU Commission has reduced the space for gas projects in their new proposals for the future EU budget 2020-2027; it has left loopholes for the EU to continue spending taxpayers’ money on fossil fuel infrastructure, including gas.

This comes on the back of billions already spent on gas infrastructure in the current budget, ignoring Europe’s climate change commitments in the Paris Agreement, and failing to align EU finance to end environmentally harmful subsidies.

Antoine Simon, fossil free campaigner for Friends of the Earth Europe said:
“The EU is failing to live up to its climate promises and is now leaving the door open to invest in more risky and unwanted fossil fuel projects. There should be no place in Europe’s next budget for more corporate welfare locking us in to further global warming – the Commission should focus taxpayer investments solely on building a clean fossil-free energy system fit for the future.”

The Commission even look set to extend ‘climate finance’ to include gas projects. The proposals would allow up to 40% of the Connecting Europe Facility’s investments to be spent on waterways, transport and 'gas infrastructure' where it would increase hydrogen or biomethane. There appear to be no rules to ensure subsidised pipelines do not carry fossil gas.

Antoine Simon continued:
“The EU is being pushed by the gas industry to rebrand gas pipelines as ‘green’ thanks to highly expensive and unproven ‘green’ gas technologies. This attempt at greenwashing cannot hide the toxic content of these fossil fuel pipelines.”