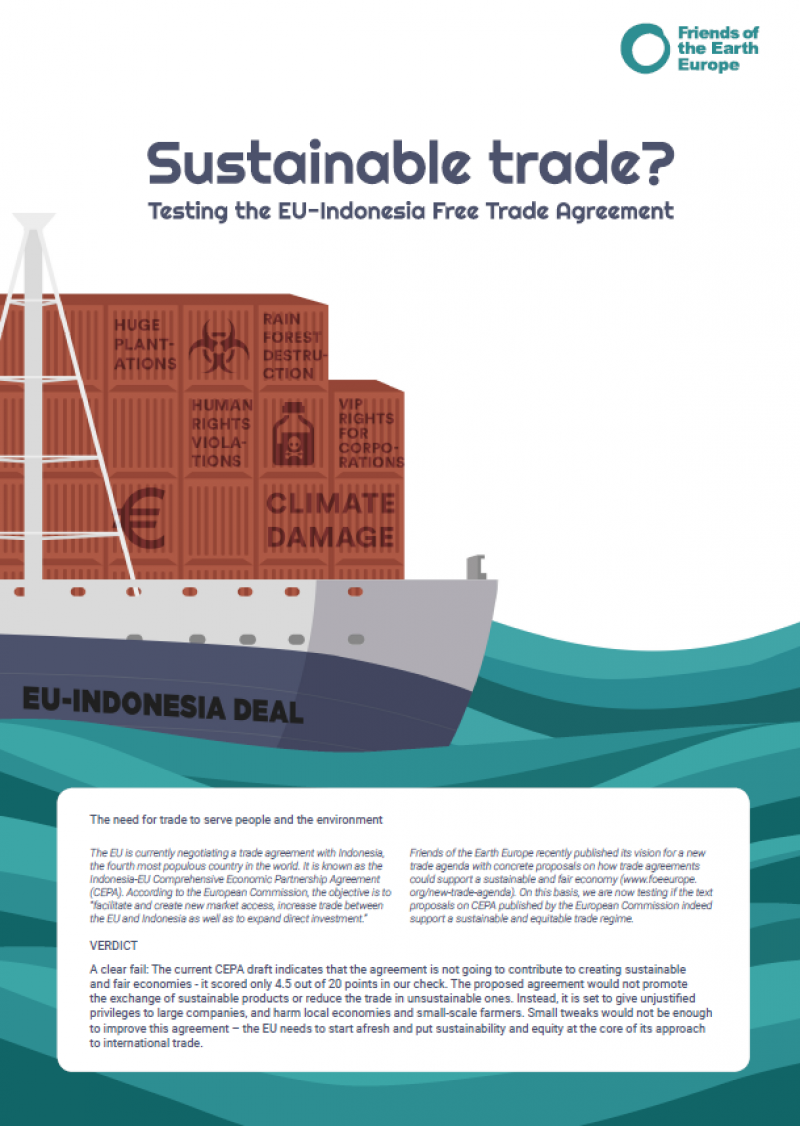 From 9 to 13 July, the 5th round of negotiations between Indonesia and the EU for a free trade agreement are taking place. The fact that there was no public announcement of the round highlights the lack of transparency surrounding the negotiations.
To see if this trade deal would support a fair economy, Friends of the Earth Europe did a sustainability check of the draft texts the EU has published. The agreement scores only 4.5 out of 20 points - a clear fail.

The main findings are: