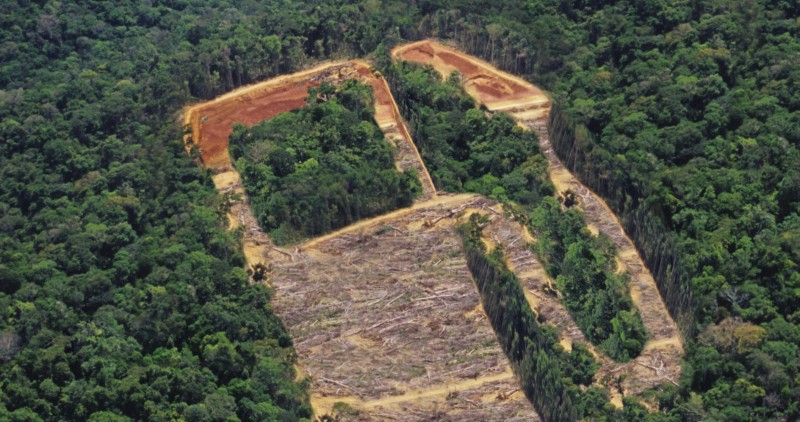 Brussels, Belgium, November 8, 2010 – Plans to increase the use of biofuels in Europe over the next ten years will require up to 69 000 square kilometres of new land worldwide and make climate change worse, a new study reveals today [1].

The report finds that an area over twice the size of Belgium will need to be converted into fields and plantations – putting forests, natural ecosystems and poor communities in danger, if European countries do not change their plans for getting petrol and diesel from food crops by 2020.

The new research analyses for the first time biofuel use planned by the EU's member states in their renewable energy plans [2], concluding that:

The UK, Spain, Germany, Italy and France are projected to produce the most extra greenhouse gas emissions from biofuels – with up to 13.3, 9.5, 8.6, 5.3 and 3.9 extra million tonnes of CO2 per year respectively.

Adrian Bebb from Friends of the Earth Europe said: "The scale of the damage that European countries will cause with their biofuels plans is now clear – forests and nature will be destroyed on a shocking scale to fuel our cars. The resulting release of climate-damaging greenhouse gases will make biofuels a worse polluter than fossil fuels. The EU needs to urgently review the sustainability of using biofuels and ensure their use does not lead to more climate change or environmental destruction."

Laura Sullivan from ActionAid said: "Biofuels are not a climate-friendly solution to our energy needs. The EU plans effectively give companies a blank cheque to continue grabbing land from the world's poor to grow biofuels to fill our tanks rather than food to fill their stomachs. Europe's energy policies are putting millions of people in danger, threatening Africa's fragile food security."

The research, commissioned by a coalition of environmental and development organisations [3], includes indirect land use change impacts caused by biofuels, making it the most realistic assessment so far of the real world impacts of EU biofuels targets. It comes at a key time for EU biofuel policy, with the European Commission due to report on how to address and minimise these emissions by the end of the year.

The groups are calling on EU governments and the European Commission to review urgently the real impacts of biofuels on climate change and food security, and to prioritise energy efficiency in transport. New legislation must take account of the full carbon footprint of biofuels by introducing indirect land use change 'factors'.

Nusa Urbancic of Transport & Environment said: "This research shows that EU biofuels targets are putting climate policy for transport in reverse gear. Until indirect land use change is fully taken into account, Europe will continue to subsidise an alternative energy that is no better than the fossil fuels it is designed to replace."

A media briefing, 'Driving to destruction', is available here.