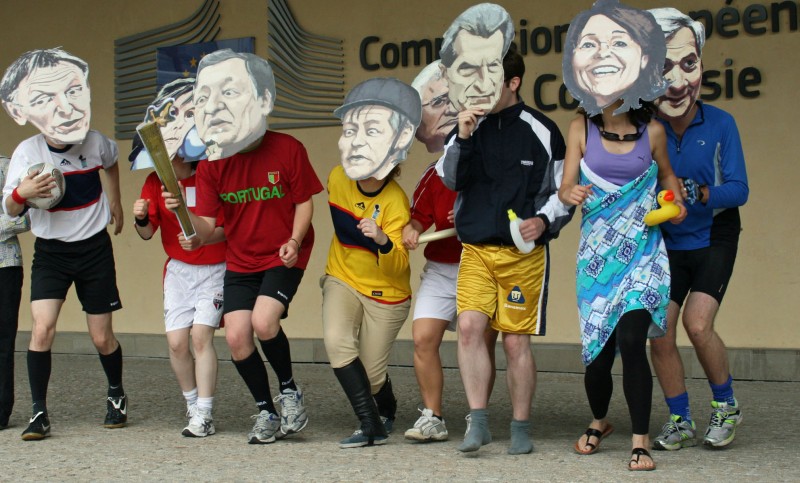 No medals in sight for Barroso II

Halfway through its term in office, the European Commission is falling behind in the race to create sustainable long-term prosperity in Europe, warn Europe's leading green groups in a critical assessment of the Commission's environmental performance since 2010.

The report released today finds that the Commission has so far acted to protect the environment even less than the first Barroso Commission [1], according to environmental organisations. Unless it changes track, the Barroso II Commission could have one of the worst ever environmental records, said the Green 10 coalition [2].

The report, inspired by a topical sporting theme, assesses progress in nine EU policy fields with impacts on the environment and reviews the track record of 13 European Commissioners and Commission President José Manuel Barroso. Each policy field is given a mark out of ten based on two main factors: environmental ambition and the extent of environmental issues that the Commission has addressed.

Faced with the breakdown of an economic system operating beyond planetary limits, the Commission has so far lacked the courage to propose legislation for a new, sustainable economy and has continued to favour short-term fixes over long-term solutions for people's health and the planet, said green groups. Despite encouraging statements on the need for a smart, inclusive and sustainable economy, the Commission has so far failed to harness the potential for environmental policies to create jobs, improve health and reduce energy and resource use. Industry lobbyists have continued to pull the strings on many political files, leading to woefully inadequate policies, according to the Green 10.

While the Commission has in some measure recognised the environmental, health and economic impact of enduring problems linked to resource depletion, pollution and ecological destruction, swifter action is required. Its flagship reform proposals on EU fisheries and agriculture policies would not put an end to industrial overfishing, nor halt animal and plant extinctions, nor soil, water and food pollution from pesticides. The Commission therefore only scores a 3.5/10 on agriculture and a 4.5/10 on fisheries.

The Commission has acknowledged the economic and environmental rewards offered by clean energy and transport and an end to fossil fuel subsidies. But its mixed record on energy policy has not delivered clear measures to bring Europe closer to a modern energy system built around renewables and efficiency, and free from expensive energy imports and polluting greenhouse gases. Failure to live up to its own rhetoric has contributed to another low score of 4.5/10 for energy policy.

The Green 10 assessment includes a series of policy-specific recommendations for the remaining two-and-a-half years of the Commission's term that will help Europe successfully tackle the economic, climate and resource challenges facing the continent.

For pictures from today's launch event, go to: bit.ly/offtheirgamepics

Notes to editors:
[1] The Green 10 assessment of the outgoing Barroso Commission in 2009.

[2] The Green 10 is an alliance of ten of the largest European environmental organisations and networks, with a membership of over 20 million people. www.green10.org