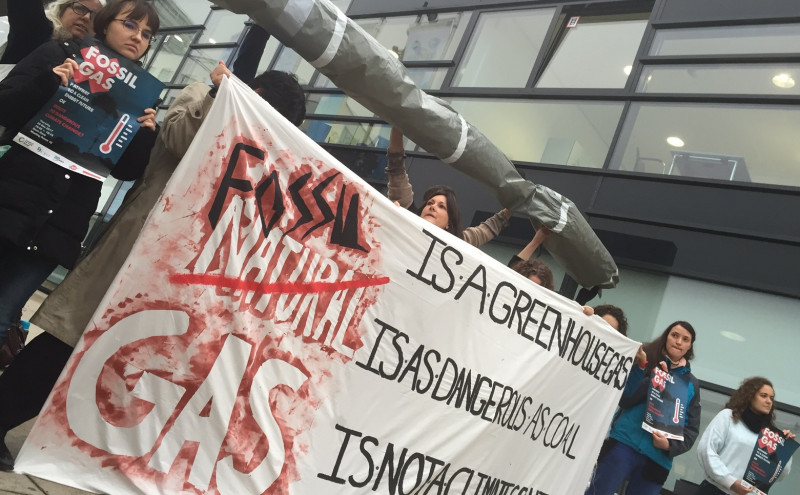 MEPs on the European Parliament’s Energy Committee (ITRE) have failed to reject the EU’s list of priority energy projects, despite it containing dozens of new harmful fossil fuel projects incompatible with the Paris climate agreement.

The Projects of Common Interest (PCI) list identifies the highest priority energy infrastructure projects to be built in Europe and which become eligible for EU funding under the Connecting Europe Facility (CEF). But this fourth iteration of the PCI list has come under harsh criticism from both MEPs and civil society for the 55+ fossil gas projects on the list - including mega pipelines and terminals to import fracked gas. Constructing these projects would put the climate neutrality goals of the European Green Deal in jeopardy. The list also includes a number of other energy infrastructure projects.

“All this new infrastructure for more fossil gas comes on top of Europe’s well-diversified gas network. Fossil gas is today’s biggest contributor to CO2 emission growth and is incompatible with the fossil free future promised in the European Green Deal. More unnecessary gas infrastructure will become a stranded asset, and consumers and the climate will pay the price.”

No sustainability and climate assessment

The TEN-E Regulation governing the PCI list dates from 2013 and does not consider climate commitments such as the Paris Agreement, the EU’s 2030 decarbonisation targets and the European Green Deal. The TEN-E Regulation does not require any climate impact assessment of PCI projects.

In exchanges of views with the Commission on the PCI list in October 2019, MEPs criticised the EU Commission for lack of sustainability and climate assessment for the PCI projects, the financial risks associated with creating infrastructure that could become potential ‘stranded assets’, and the incompatibility of the list current EU energy legislation with the Paris Agreement.

The @EU_Commission may be talking green, but the #PCIList received no climate impact assessment. The only real way MEPs can show that this outdated energy policy is unacceptable in the face of climate change is to reject the #PCIList https://t.co/ckS4tQWIZI

Despite these concerns, climate-conscious MEPs in the Renew and S&D groups were unable to convince their colleagues to reject the PCI list. The motion, put forward by Green MEP Marie Toussaint and co-signed by Green, Renew and GUE MEPs, called for a rejection of the entire PCI list, and demanded a rapid revision of the TEN-E regulation which underlies the PCI process. But the motion was defeated by 54 votes to 17.

84 civil society groups have signed an open letter calling on MEPs to reject the fossil gas PCI list. Many of the signatory organisations are fighting specific gas projects that are being imposed on their local communities, such as the Krk LNG terminal in Croatia, the Shannon LNG terminal in Ireland and the EastMed pipeline, which is facing opposition in Cyprus, Greece, Italy and beyond the EU in Israel.

Plenary MEPs must next reject list of fossil fuel projects

It is likely that a motion to reject the list will be put to the whole Parliament for plenary votes in February.

“There can be no truly Green Deal with more fossil gas. It’s now up to all MEPs to reject this vast list of mega-pipelines and other new fossil fuel projects - they are not compatible with the climate emergency and tarnish the credibility of any European Green Deal.”

We will keep fighting so that we win in plenary on a coherent policy with the #GreenDeal, our #climate goals and to put 0 euro in fossil fuels!#fossilfree #climateemergency pic.twitter.com/XOhPlboiYY