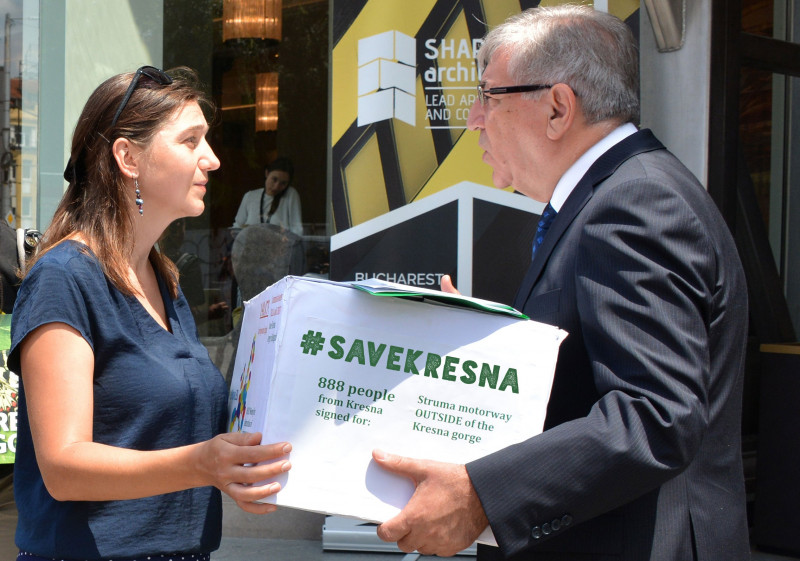 Europe’s nature remains in dramatic decline - facing a barrage of illegal threats even to protected sites and wildlife - meaning the EU is on track to miss its own 2020 target to stop nature loss.

Despite his efforts to defend the EU Nature Directives - the world’s most powerful nature laws - it looks like Vella will stumble at the last hurdle.

With evidence of #insectageddon its clear Europe’s #nature remains in dramatic decline.

TODAY we issue an urgent appeal to EU Environment Commissioner @KarmenuVella: “Will you leave a lasting legacy for nature?”https://t.co/23V8E7FOYa#NatureAlert pic.twitter.com/RkHuv1XeYJ

A 2016 evaluation of the Nature Directives revealed that little has been done to implement and enforce them. With just a few months left of his mandate, Vella must dramatically step up efforts to improve implementation and enforcement of EU nature laws. To be successful, he must:

Europe’s nature faces a barrage of illegal threats even to protected sites and wildlife.Protected nature sites such as Kresna Gorge in Bulgaria, Limni in Cyprus or Lake Koroneia in Greece face damage or potential destruction unless Commissioner Vella intervenes to enforce EU environmental law.

"The EU's Environment Commissioner has only one job to do - to protect the environment. But Europe’s precious nature faces death by a thousand cuts. The European Commission needs to use the full force of the EU nature laws to challenge illegal destruction, or we'll never have a chance to halt the loss of our biodiversity."

“For Commissioner Vella to leave a lasting legacy, he must stand-up for nature protection and take decisive actions to ensure the Nature Directives are fully implemented. It’s make or break time. Will he be a champion for nature in his final months? Time will soon tell.”

“The deeply flawed Common Agricultural Policy is a stain on the EU’s reputation and a major driving force behind the collapse of biodiversity on the continent. The EU’s attempts to keep quiet about it does not make this reality go away. Commissioner Vella can still leave a mark by breaking the silence over this scandal and confronting Member States with their failings”.

"Only 40% of EU waters are in good health [3] and we are losing biodiversity at an unprecedented rate. If EU Member States are ever to bring life back to our rivers, lakes, and wetlands as required by EU water law, they must address agriculture pollution head on and restore our rivers damaged by hydropower dams. The European Commission and Commissioner Vella must take their role as the guardian of the EU’s groundbreaking water law seriously and resist pressure from governments to weaken it.”

The Birds and Habitats Directives (the ‘Nature Directives’) are widely recognised as the cornerstone of EU-wide efforts to halt and reverse the loss of biodiversity. Indeed, implementing them in full is one of the key targets of the EU 2020 Biodiversity Strategy. The Nature Directives have played a major role in ensuring that some of the most valuable and endangered habitats and species in Europe are preserved. They underpin the largest network of protected areas in the world – the Natura 2000 network – which now covers over one fifth of EU land and nearly a tenth of its seas.