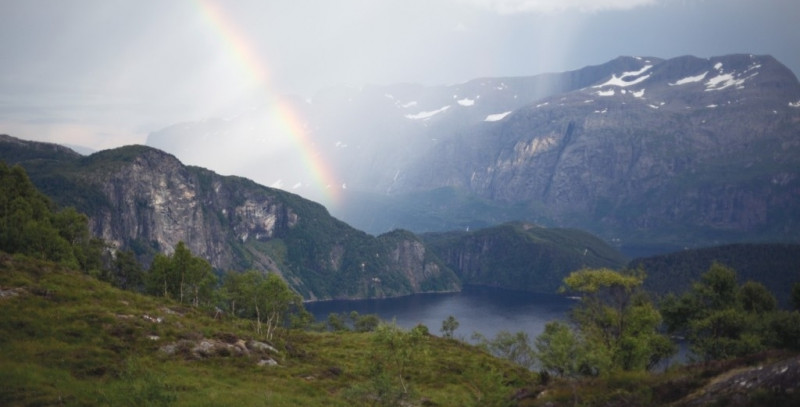 European countries must take the lead in halting biodiversity breakdown

European governments and the European Union must take a lead in halting global ecological collapse, warned Friends of the Earth Europe, in reaction to a major global assessment published today.

Europe’s inadequate action to save its own nature, its over-consumption, intensive agriculture, exploitation, and pollution, are contributing to the dramatic global collapse of nature. Together with climate change, this is creating a double global ecological emergency.

Jagoda Munic, Director of Friends of the Earth Europe said:

"The decline of global biodiversity is, alongside climate change, setting us on a path to catastrophe. Protecting nature is intrinsically linked to human well-being – if we don’t reverse its decline now, we are creating a bleak perspective for future generations.

"Europe has a huge responsibility to halt this ecological crisis. Our overconsumption of soy, palm oil, and raw materials is devastating wildlife and communities in the Global South. Intensive chemical farming and destructive developments are destroying what is left of nature here in Europe - where we’re failing to implement nature protection laws.

"Communities are standing up to defend their nature - and it is now finally time for politicians to match them with urgent action to tackle the corporate interests driving the death of our nature." 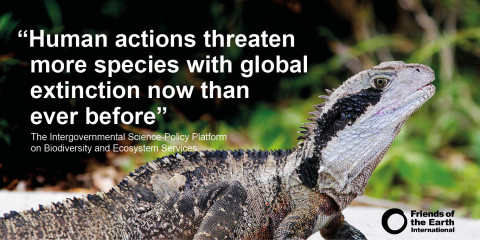 Nature and ecosystems are in decline across Europe - a quarter of Europe's wild animals are severely threatened, half of our habitats are in an unfavourable condition, and ecosystem services are deteriorating. The global picture is just as bad.

The Global Assessment Report released today by the Intergovernmental Science-Policy Platform on Biodiversity and Ecosystem Services (IPBES) – the biggest intergovernmental panel of scientists on this issue - sets out stark warnings:

The IPBES report also exposes the unequal distribution of the benefits and burdens in the use of biodiversity. The world’s poorest people who have contributed least to climate and ecological collapse are already experiencing the effects of nature’s depletion, for example by suffering more landslides and floods linked to deforestation and soil erosion.

Karin Nansen, Chair of Friends of the Earth International, said:

“We welcome the acknowledgement that we need major system change to avert ecological collapse. We can turn this around, but it is dependent on governments wrestling power back from corporations and putting it into the hands of people and communities. The solutions are clear and achievable if the political will is there - massively ramping up agroecological farming and community energy, restoring forests, protecting indigenous peoples’ and peasants’ rights, and cutting overconsumption and land grabbing by the North.”

We can only stop #biodiversity and #climate collapse with #SystemChange. This can only be achieved by giving the power to the peoples, including #Agroecology, small scale fishing and community forest management. #IPBES7 https://t.co/XC5ejDbKgl pic.twitter.com/BUf74o88ru

What must Europe do?

Safeguarding our nature from loss is vital; whilst renaturing is essential to tackle the twin threats of biodiversity loss and climate change.

Europeans are REALLY concerned about #nature loss. And they want the EU to ACT.