Getting back to nature: 'Présent Simple' film opens in Belgium

Les Amis de la Terre/Friends of the Earth Wallonia's premieres of 'Présent Simple', their beautiful new film about the harmony and meaningfulness that comes from living a simple life, closer to nature – opened to packed audiences in Liege, Namur, Brussels, Louvain-la-Neuve, Virton and Mons this month. 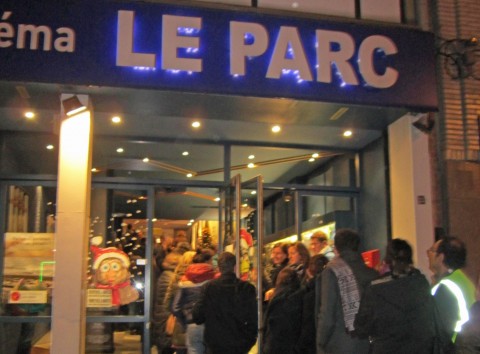 After a successful crowdfunding campaign earlier this year, Présent Simple is now a reality. The film documents the experiences of two former Amis de la Terre colleagues, Marc and Veronika, who moved to a wooden caravan in the Czech countryside in 2012 to begin their journey towards a life geared around reduced material needs, increased independence, and a greater sense of closeness to nature.

So far, the response has been hugely positive. Sold-out premieres across Wallonia and Brussels have seen lively discussions on the merits of the film's philosophy – 'simplicité volontaire' (voluntary simplicity) – with Marc, Veronika and members of Les Amis de la Terre. In Mons, 210 people had to be squeezed into a cinema that normally has a capacity of 185.

"We are delighted with the reactions we've had to the film so far," said Robin Guns from Les Amis de la Terre. "We tried to create an experience that really gives an impression of how the simplicité volontaire lifestyle is lived, and share as closely as we can the actions, thoughts and values that it implies. We've had really interesting question and answer sessions after all the screenings, and children and grown-ups alike have responded really positively to it, so hopefully it's working."

Présent Simple' is set for a wider release across Belgium in 2015.