David Heller, from Friends of the Earth Europe, visited Alburnus Maior this week, an association of local residents who are opposing plans for a gold mine in the village of Rosia Montana, Romania. Demonstrations have intensified following a government proposal to allow private companies to force people from their homes, and the campaign to save Rosia Montana enters a new phase.

For the past 14 years the village of Rosia Montana in the Transylvania region of Romania has been under threat from Europe's largest open pit gold mine. The Rosia Montana Gold Corporation (RMGC) is 80% owned by Gabriel Resources, and 20% owned by the Romanian state. It plans to open a mine that would destroy four mountain tops and three villages, risk pollution of rivers including the Danube, and use millions of litres of toxic cyanide in order to obtain 350 tonnes of gold and 1,500 tonnes of silver each year.

Since the license for the mine was granted in 2000, the local community in Rosia Montana has been resisting the plans, and has successfully managed to prevent the corporation from starting mining work. I visited Rosia Montana earlier this week, and spoke with some of the villagers.

Eugen David is the leader of Alburnus Maior, the association of local residents who are opposed to the mine. Taking a break from work on his farm, and sitting with his 14 year old daughter – who is as old as the plans for the mine, and as old as the struggle – he explained how his way of life as a peasant farmer is at threat from the mine. The local population is seeking to preserve this way of life, based on local food production and a local economy. They are also defending the buildings in the village, and the Roman and pre-Roman remains that form an important part of the cultural heritage of the nation. It is truly inspiring to see how Alburnus Maior is bringing the community together to defend Rosia Montana, despite the corporation's attempts to intimidate, bribe and buy their way in to the village. But the villagers are struggling for more than their fields, their homes and their hills. Eugen explained "We realized a long time ago that this was not a local struggle, this is a struggle between systems." 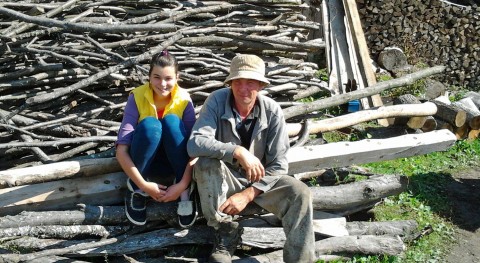 For the past 14 years, Alburnus Maior has been supported by the campaign to save Rosia Montana, which began in the nearby city of Cluj-Napoca. The campaign has brought together people from across Romania and around the world to oppose the mine through protests, communications and strategic litigation. They also organise an annual festival in the village, which brings thousands of people to the area to see first-hand what is being threatened, to meet and exchange ideas with the local people, buy local agricultural products, and to participate in a forum for social movements.

The campaign does not have the massive budgets that RMGC has to spend on advertising, and supporting political parties. But they more than make up for this with creativity, humor and passion.

Although the campaign has been around for 14 years, the past few weeks have seen an explosion in the scale of the protests. The spark for this was a government law proposal – written especially for the Rosia Montana case. This law would allow private companies to force people out of their home to make way for infrastructure projects that are in the "national interest". Since the start of September, people have been taking to the streets in massive numbers every Sunday in Bucharest, Cluj-Napoca and many other towns and cities. Creative protests have included a tango flashmob, and a human chain surrounding the parliament building. The large Romanian diaspora, and the international contacts built up by the campaign, have resulted in protests in over 60 cities in 30 countries around the world.

Attempts by the Prime Minister to quell the protest by promising to withdraw the law proposal and instigate a parliamentary commission to investigate the case resulted in the company threatening to sue the government for $4 billion. It also led to an increase in the size of the protests. One of the protest organizers told me "It follows a pattern. We go out on the street on Sunday, then it's quiet on Monday and Tuesday as people are posting pictures of the protest on facebook. By Wednesday and Thursday the politicians are saying stupid things again. People get angry again just in time for the protests on Sunday." 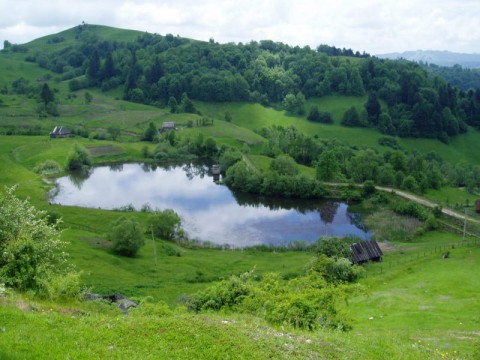 I joined the protest in Cluj-Napoca this evening, along with thousands of others. Before we set off on the demonstration, people threw tomatoes at a large picture of the minister of culture ("Rosia" is also the word for "tomato-ing" in Romanian). For three hours we chanted slogans against laws made by corporations. We sang and shook bottles full of stones and coins – an improvised instrument that has become the symbol of the protest. The mood is defiant, and the movement is surely going to stay on the streets for the coming weeks and months. There is talk about the protests leading to a new revolution in Romania. With all political parties supporting the mining project, it is clear that people will not be satisfied with simply switching the parties in government.

Defeating the project would mean a massive victory for Alburnus Maior, for the residents of Rosia Montana, and also for everyone who has stood in solidarity with them. It would be a victory for the environment and cultural heritage of Romania. It would also send a clear signal that mining, and other mega-projects which do not have the support of the people can be halted.