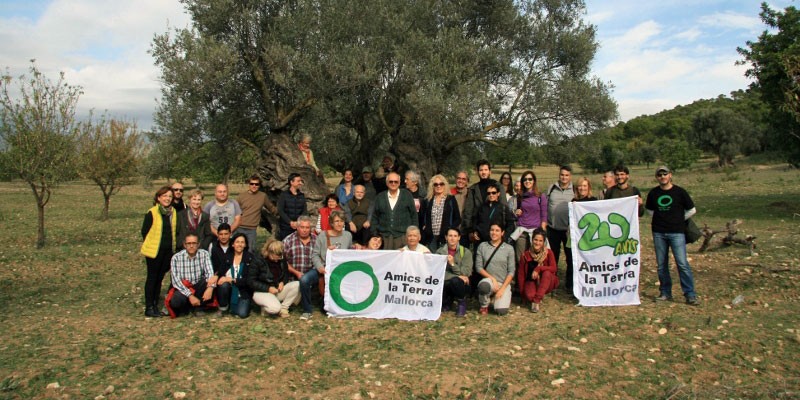 Majorca is an island typically associated with mass tourism and consumerism – which is bad news for many Majorcans, particularly when it comes to their food sovereignty. There are huge demands on agricultural (and other) resources on the island: over the summer resource demands are tripled or even quadrupled to cater for the temporary holidaying population. Amigos de la Tierra/Friends of the Earth Spain are trying to fix the system by promoting sustainable, local food solutions that reconnect farmers with those who consume their food.

With this in mind, Amigos de la Tierra has started to ask what the main challenges facing Majorcan agriculture are – and find ways to solve them, assessing also the opportunities offered by the new Common Agricultural Policy (CAP).

At a technical conference at the University of the Balearic Islands (UIB) in October, agricultural experts presented their solutions to the crisis, and had a broad debate with the audience. The conference managed to capture a broad view of our contemporary agricultural conflict, where we buy food without knowing where it comes from, or how it has been produced.

This is a conflict where the farmer does not get paid what she or he deserves, the consumer pays more than the product is worth, and in which climate change is changing the agricultural calendar and affecting traditional crops. Traditional agriculture struggles to have the same power as biotechnology, in the developed world people throw food away and those in poorer countries die of hunger, and international policies are created to try to alleviate the general problems but which do not solve the realities.

Thus expert speakers on climate change, modern agricultural methods, the CAP, Rural Development Plans and local managers talked about GMOs, the change in the water balance, the consumption society and the current situation in Majorca – both its insularity problem and its options for the future. 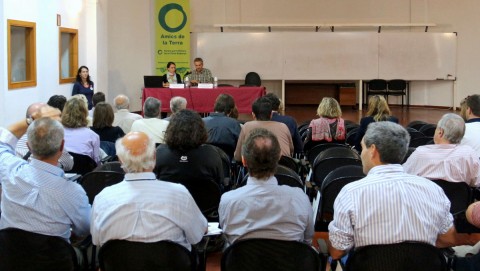 At an open public meeting in the Club Diario de Mallorca, a conference was given titled "Food revolt": Return to the field". The writer Gustavo Duch [https://gustavoduch.wordpress.com] gave an overview of the current agricultural situation, where every day more farmers are disappearing and large multinationals abuse the rights of those who cultivate and enrich themselves at the expense of society. In the round table of experiences that followed, two cases were presented of agricultural initiatives in Majorca which are working very well and are clear examples of adaptation to 21st century agriculture. A Majorcan farmer related his experience from planting to the sale of organic products. A project called "Network M" in which a land-bank and community orchards have been developed was presented by its creator. The two initiatives are working very well because they are based on sharing tools and understanding necessities, as well as knowledge on the use of EU's agricultural funds to support certain farming and food chain practices. 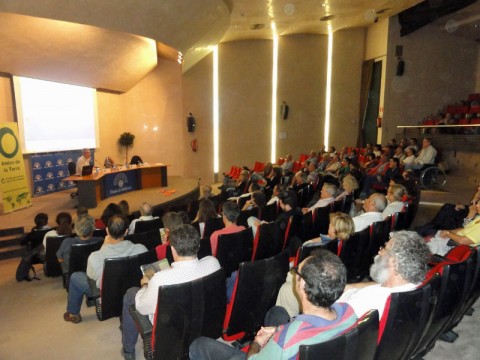 And so to move from theory to practice, what better than to visit than a typical Majorcan farm – Son Cós – where traditional crops of almonds, carob and olive trees are maintained. Xisco, the local farmer, presented the different varieties of almonds grown on the farm, and explained how climate change is affecting the flowering of the trees – how they even flower twice a year. This has led to a significant decrease in production, meaning there are difficulties in keeping the farm profitable, and so Xisco's farm is now opening to visitors to generate complementary income to secure its viability.

One thing became clear from each event: while the challenges to Majorcan agriculture are numerous, so too are the solutions.

The first thing we must do is free ourselves from the fear of change and to be aware that our actions imply being part of the alternative. National and regional policy makers should be more open to support and promote sustainable local agriculture, preserve landscapes and farmers' quality of life through responsible implementation of the CAP.

As people who purchase and eat farmers' produce, we can do a lot to promote local agriculture, preserve agricultural landscapes and farmers' quality of life. The most important thing is to make conscious choices when buying food – this means shopping responsibly, and where possible buying local, seasonal food – in particular directly from farmers markets or selling points.

Nourished by earth: farming solutions in the Czech Republic

21st century agriculture in Majorca: challenges and alternatives (in Spanish)