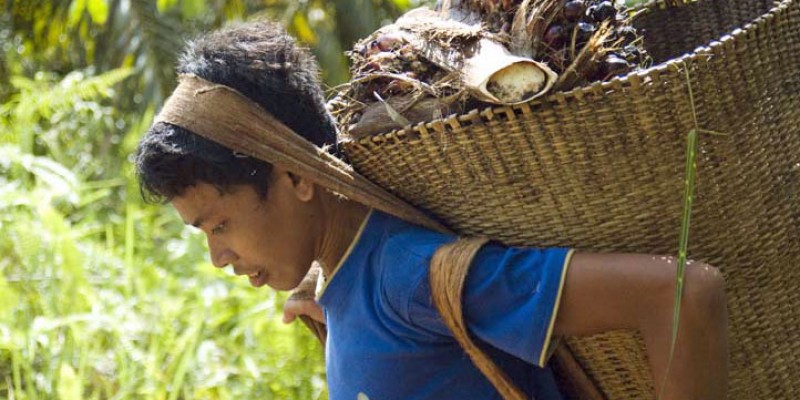 Today, the European Parliament agreed new EU laws to limit the use of crop-based biofuels.

EU law makers ruled that biofuels can compete with food production, contribute to climate change, and put pressure on land use – and so have set a limit on the quantity of biofuels that can be used to meet EU energy targets (at no more than 7% of transport energy).[1]

With Europe the world's biggest user and importer of biodiesel – from crops such as palm oil, soy and rapeseed – the vote will have a major impact around the world, notably in the EU's main international supplier countries Indonesia, Malaysia and Argentina. It is likely to signal the end to the expanding use of food crops for transport fuel.

Robbie Blake, Friends of the Earth Europe's biofuels campaigner, said: "Let no-one be in doubt, the biofuels bubble has burst. These fuels do more harm than good for people, the environment and the climate. The EU's long-awaited move to put the brakes on biofuels is a clear signal to the rest of the world that this is a false solution to the climate crisis. This must spark the end of burning food for fuel."

This decision brings to an end ten years of debate in the EU [2] over the unintended detrimental effects of biofuels demand on food prices, hunger, forest destruction, land consumption, and climate change.

Kirtana Chandrasekaran, Friends of the Earth International's food sovereignty coordinator, said: "While the EU has not gone far enough to stop the irresponsible use of food crops for car fuel, this new law acknowledges a reality that small scale food producers worldwide know – that biofuel crops cripple their ability to feed the world, compete for the land that provides their livelihood, and for the water that sustains us. The EU has had to backtrack on its harmful biofuels policy and this should be a lesson to other countries considering similar toxic targets for biofuels."

Around the world, 64 countries have or are considering increasing the amount of biofuels used in transport fuel [3], including most recently Indonesia [4].

Kurniawan Sabar, campaign manager for WALHI/Friends of the Earth Indonesia, said: "The people of Indonesia will be relieved to hear that the EU has taken some action to limit Europe's demand for palm oil for biofuels, which has escalated deforestation, land grabbing, and conflicts in Indonesia. The Indonesian government should take note and abandon its own plans for new subsidies to expand biofuels plantations in Indonesian forests."

Friends of the Earth now calls on EU countries to phase out the use of food for biofuels completely.

***
[1] What the EU has agreed:
• A limit on biofuels from agricultural crops at 7% of EU transport energy – with an option for member states to go lower. By comparison, the expected business as usual scenario was for biofuels of 8.6% of EU transport energy by 2020; current usage is at 4.7%, having declined in 2013.
• Indirect greenhouse emissions released by expanding biofuels production will be reported on every year by the European Commission and by fuel suppliers. This will increase the transparency of the impacts of this policy.
• Member states should set a 0.5% non-binding target on so-called 'advanced' biofuels (most often derived from straw, household waste, forest and agricultural residues), while giving "due regard" to certain safeguards (such as waste hierarchy).

[2] Background:
The production and consumption of biofuels grew dramatically from 2008-2009 when two EU directives – on Renewable Energy (RED) and Fuel Quality (FQD) – were adopted that included binding targets for 10% of transport energy to be derived from renewable energy by 2020, almost all biofuels. Friends of the Earth opposed targets for biofuels at the time, and has since been campaigning to limit the use of food for fuel.

In October 2012, the European Commission proposed to amend this legislation in reaction to evidence showing the climate impact of some biofuels could be worse for the climate than using fossil fuels, by introducing a 5% limit for food based biofuels (set at current consumption levels). This was subsequently amended by the European Parliament (setting a 6% limit) and EU member states (setting a 7% limit). The vote in the European Parliament in Strasbourg on 29 April 2015, combined with one final approval by European energy ministers, sets this reform into European law.

The European Commission has additionally stated it intends to scrap all future targets and support for "food based" biofuels after 2020, and future renewable energy targets for transport.

[3] The Indonesian government is planning to boost domestic use of biofuel including from palm oil, with extra subsidies and a mandatory target of 15% biofuel blended into diesel fuel.

Environmentalists have criticised this decision as "a mistake"