Blog post - Denmark must get tough on Energy Efficiency Directive

No country could be more fitting to negotiate a deal on the draft Energy Efficiency Directive than current EU President Denmark. The country is the inspiration behind the directive – the proof that economic growth can go hand-in-hand with reductions in energy use.

But the Danes seem to have caught 'Presidency Syndrome': the desire to make a deal at all costs, to look good politically, even if this means getting an unacceptably weak directive.

Denmark started out talking tough, arguing – as the European Parliament is rightly doing now – that the directive should set binding energy savings targets for each Member State. But the Danes seem to have given up this fight.

True, they don't have an easy task. Many governments are strangely reluctant to agree to a directive which – if it is made strong enough – could cut energy bills by over EUR200 billion per year, reduce energy imports and play a vital role in carbon emission reductions. 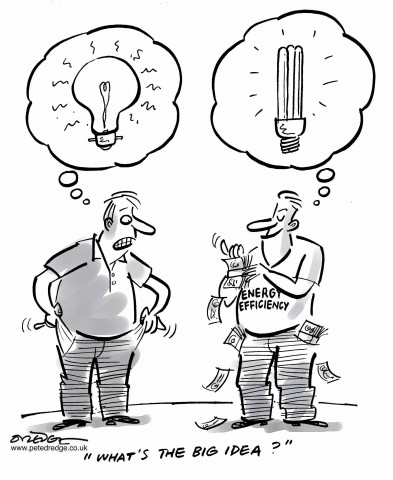 As the Presidency holder, however, Denmark is ideally placed to steer the negotiating process on the directive. In February, the European Parliament adopted a series of ambitious amendments to the original Commission proposal. Denmark's task now is to work out a deal with the Parliament and the Commission (in the so-called 'trialogue' negotiations). This is certainly not the time, therefore, for Denmark to continue to meekly accept the most damaging national amendments. Rather, it is the moment to seek middle ground with the many constructive ideas put forward by the Parliament.

Denmark should also be highlighting the costs of not saving energy. It should be setting up working coalitions with other governments and putting pressure on the most critical Member States.

But instead of moving the Council towards the Parliament, Denmark is going the other way. Danish diplomats are trying to convince the Parliament’s lead negotiator, MEP Claude Turmes, to be less ambitious. All this is aimed at wrapping up talks before the end of June – when Denmark will hand over the Presidency to Cyprus.

This is dangerously short-sighted. Better no deal under the Danish Presidency than a gutted directive.

It is not too late yet for the Danes to broker a strong agreement. Six months ago the Commission was also being bullied into supporting a weak deal. Now it is talking up the importance of tough energy savings legislation for economic recovery. There is still time for the Danes to flex their muscles.