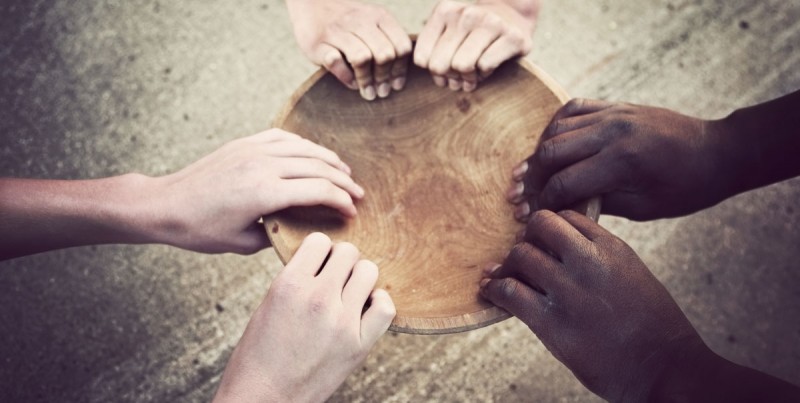 Given the severity of the food crisis and the growing evidence that food speculation is contributing to global hunger, BNP Paribas should follow a precautionary approach and move out of food commodities, say Friends of the Earth.Other European banks, such as Scandinavian banking group Nordea and Germany's Deutsche bank, have already announced plans to move out of food commodities. [1] The board of BNP Paribas will today be asked to phase out its products linked to agricultural commodity derivatives, in order to ensure that it does not contribute to the food crisis.

BNP Paribas is a major player in global agricultural and energy markets, and offers many funds and commodity-related instruments. Juliette Renaud, Friends of the Earth France, comments: "This is part of a general tendency towards the financialization of nature: natural properties are seen by banks simply as capital, and converted into financial assets, notwithstanding the major impacts this can have on people and environment. This is what lies behind the green economy proposals to be discussed at the upcoming Rio Summit. Friends of the Earth are demanding an end to the stranglehold of finance over our lives and nature."  [2]

BNP Paribas is among the most active banks in commodity derivatives trading. According to BNPP, ithad more than €700 million exposed to agricultural commodities and livestock at the end of 2011. [3] Whilst this is a tiny fraction of BNPP's total assets, it is a huge and destabilising quantity in agricultural commodity markets, contributing to price volatility and the financialisation of basic food stuffs.

Over one billion people live in hunger and malnutrition. Recent food price hikes have added over 40 million more since 2010. The UN Secretary General has stated that, "Action to curb food price volatility is essential". There is extensive academic and empirical evidence that recent food price volatility cannot be explained by supply and demand alone. [4] The dramatic increase in speculation by financial market players (rather than traditional hedgers, like farmers) over the last 5 years has contributed to higher and more volatile food prices. While high food prices hit the most vulnerable the hardest, the rapid price swings also affect poor farmers.

Rachel Tansey, Friends of the Earth Europe, says: "The hunger of the world's poor must come before the hunger for profits of the banks. BNP Paribas claims to be contributing to creating a system that better meets people's needs with respect to the environment and social equity. To live up to these words, BNPP must get out of the hunger casino, and stop offering financial products linked to agricultural commodities."

The 'financialisation' of agricultural commodity markets results from deregulation of financial markets, increasing capital inflows from investment banks, hedge funds and other institutional investors in commodity speculation, and the emergence of new instruments such as index funds and exchange-traded funds.

Regulation to prevent excessive financial speculation on food is vital, [5] but so is action on the part of the big players, like BNP Paribas.

UPDATE: In response to the question asked by Friends of the Earth France, the board of BNP Paribas equivocated over their involvement in food speculation, choosing to ignore the fact that retailing financial products that have been shown to be harmful - such as the 700 million Euros exposed to soft commodities and livestock through open ended funds (exchange traded funds and "through derivatives on various commodity indices") - plays a huge role in excessive and dangerous food speculation. This is very different to the traditional hedging of price risks that they tried to imply it was.

BNP Paribas' response was a deliberate obfuscation around offering harmful products, denying that the food price hikes and volatility associated with the massive growth in speculative positions on agricultural commodity derivatives markets have anything to do with them. It was made clear today that BNP Paribas is a long way from being the "bank for a changing world" that it claims to be.

[1] See, for example, Nordea Annual report on Responsible Investment and Governance, pg. 21, http://newsroom.nordea.com/en/blogpost/nordeas-annual-report-on-responsible-investment-governance/
[2]Friends of the Earth France will publish a guide to financialisation at the beginning of June 2012. Watch out for the new guide at www.amisdelaterre.org
[3] As of November 2011, BNPP IP had overall €648 million exposed to agricultural commodities [€706 million including livestock] through open ended funds,which represents 0.12% of BNPP IP's [€540 billion] total assets under management (0.13% with livestock)." Data from BNP Paribas Questionnaire Response to FoEE and Banktrack "Questionnaire on investments in soft commodities and land deals", received from the Head of Corporate Social Responsibility BNP Paribas, on the 29 November 2011
[4] See the January 2012 report "Farming Money: How European banks and private finance profit from food speculation and land grabs" at www.foeeurope.org/farming-money-Jan2012 for more information.
[5] Joint civil society statement on MiFID, April 2012: "EU financial regulation must curb food speculation" http://www.foeeurope.org/sites/default/files/news/joint_civil_society_statement_on_mifid_april_2012.pdf