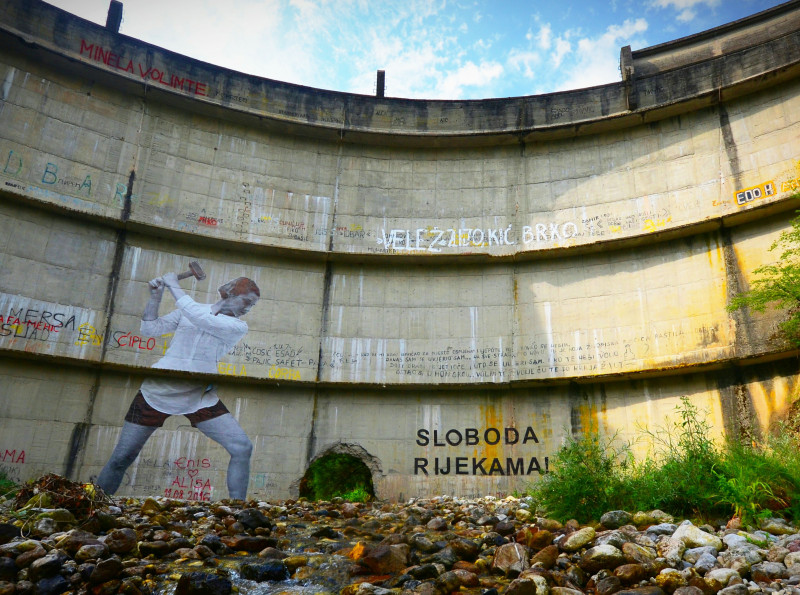 The House of Representatives of the Parliament of Federation of Bosnia and Herzegovina has voted to ban the construction of small hydropower plants across the Federation, in a huge win for communities who depend on the rivers.

Yesterday's decision follows a lengthy campaign by local communities and activists from the national Coalition for the Protection of Rivers.

The ban covers granting new concessions and construction permits, but does not apply to Republika Srpska, the other entity of Bosnia & Herzegovina.

A spokesperson from Friends of the Earth Bosnia & Herzegovina/Center for Environment said: "This is a landmark ruling that finally puts the rights and needs of people living near rivers in the Federation ahead of the profiteering of investors. Hydropower development has been out of control across the country, destroying river and forest ecosystems and depriving communities of access to water. The National Assembly of the Republika Srpska must now step up and extend the ban to the rest of Bosnia & Herzegovina."

The vote was based on the recommendations of the Declaration on the Protection of Rivers of the Western Balkans, which was prepared by environmental associations as a reaction to huge damage to local communities and the environment caused by small hydropower plants.

More than 400 small hydropower plants are planned or being constructed across the country. Friends of the Earth Bosnia & Herzegovina estimates that around half of them are in the jurisdiction of Federation of Bosnia and Herzegovina.

Over the next three months, the government of the Federation will update its laws governing decision-making on new hydropower plants in line with the demands of the Declaration on the Protection of Rivers in the Western Balkans.