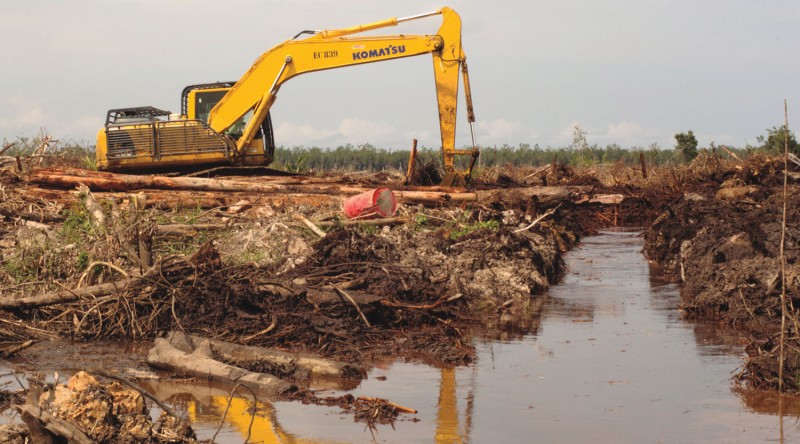 European and US banks and pension funds must stop financing illegal palm oil and deforestation, according to Friends of the Earth Europe. New findings show that Bumitama Agri, an Indonesian palm oil company and recipient of financial support from numerous European and US financiers, continues to clear land and run an illegal palm oil plantation in West Kalimantan, Indonesia, despite commitments to stop.

Last year, Bumitama committed to stop clearing forests in its Ladang Sawit Mas (LSM) plantation, in response to civil society pressure and complaints from the Roundtable on Sustainable Palm Oil (RSPO). Friends of the Earth Europe's 'Diary of destruction' presents satellite imagery that shows Bumitama continues to bulldoze land. Bumitama has also publicly admitted its Golden Youth (GY) plantation does not have legal permits in place – however, production is continuing, bringing illegal palm oil into the supply chain of buyers, including Wilmar International and IOI Corporation.

Anne van Schaik, sustainable finance campaigner at Friends of the Earth Europe said: "Bumitama is consciously aiming to misinform investors, stakeholders and the public. Despite repeated promises, they continue to clear land, and produce palm oil on an illegal plantation."

European banks, including HSBC, Deutsche Bank and Rabobank, hold 4.56 million euro in shares and have given out 125.86 million euro in loans to Bumitama since 2010. Rabobank has engaged with Bumitama but so far without tangible results on the ground.

Friends of the Earth Europe is calling on European banks and investors to immediately withhold all financial services from Bumitama and calling on global trader Wilmar International, a major buyer from Bumitama, to publicly terminate all contracts with the company.

Anne van Schaik continued: "The time for talk is over. Bumitama have shown they take neither their financiers, clients, nor their own promises seriously. Financiers in Europe and the US need to divest and halt their financial services to Bumitama. Palm oil traders, like Wilmar, need to publicly terminate contracts with Bumitama."

Cyber-actions in Germany and the Netherlands targeting Amundi, Deutsche Bank and Rabobank are ongoing.

- Friends of the Earth Europe response to final statement on complaint guidelines on Rabobank and Bumitama (Jan 2016).