With the UN climate summit COP21 in Paris just around the corner, the Friends of the Earth #EnergyRevolution is well underway.If you're not yet active, now is the time!

The last weekend of September saw online and offline actions across the network, all themed around alternatives. It was a milestone on the road to Paris to make sure our demands for climate justice and an energy revolution in people's hands are heard. Here's a snapshot.

Friends of the Earth Belgium (Wallonia and Brussels) held a climate-focussed critical mass in Namur, as well as appearing on Brussels radio station Radio Panik, to talk about voluntary simplicity. This followed on from the group's involvement in the Alternatiba village of alternatives in Brussels, September 12/13th.

Friends of the Earth Cyprus were present at the Imagine the Roads! festival where they highlighted the need for an Energy Revolution. 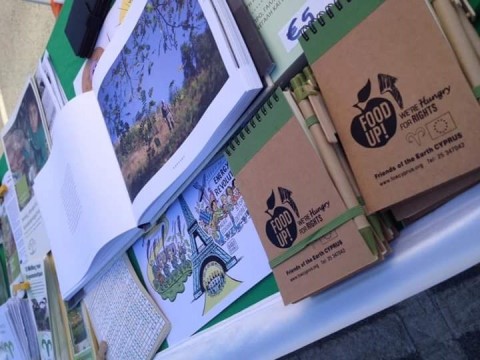 NOAH Friends of the Earth Denmark warmed up for COP21 and beyond alongside numerous climate and development organisations and networks. There was music from Claus Nielsen and the Mik Thyboe Band, speeches from NOAH Friends of the Earth Denmark representatives, and creative actions where people were asked to light a candle for the future, and creative workshops were held for children linked to the new UN Sustainable Development Goals. 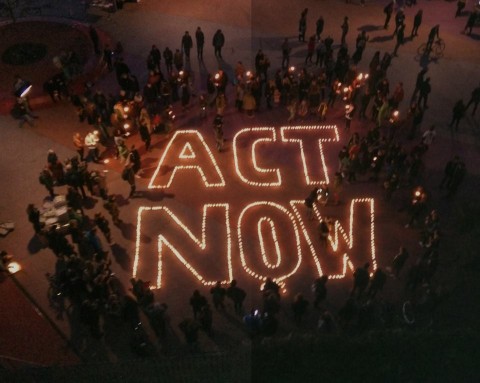 Friends of the Earth France celebrated the arrival of the Alternatiba tour in Paris, as it finished its four-month, 5600 km tour, which clocked-up 150 events, 100 public debates, thousands of volunteers, and tens of thousands of participants. 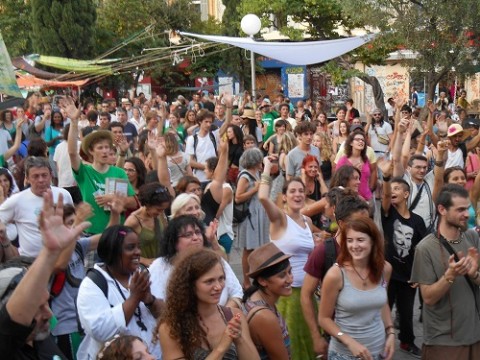 Friends of the Earth Hungary organised decentralised actions across the country. Local groups collected messages from the public to be sent to the COP21 talks in Paris. One group even constructed an Eiffel tower, covered in demands. 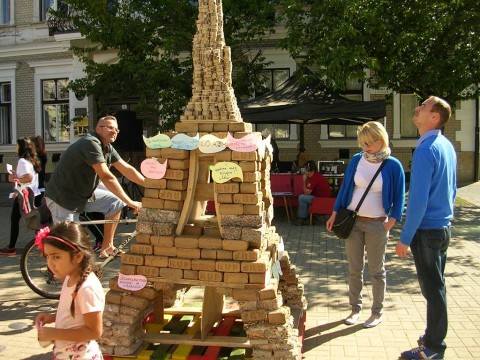 Friends of the Earth Scotland held a festival of climate action in cities throughout Scotland and showcased community-led initiatives to address climate change, and highlighting the need to tackle injustice and power the move to safe, clean energy. As part of the Stop Climate Chaos Coalition, sessions were held in Aberdeen, Dundee, Edinburgh, Glasgow, and Inverness, including a climb up the mountain Ben Vorlich, and a People's Climate Rally in Edinburgh.

Friends of the Earth Spain participated in a climate-alternatives fair all about alternative forms of energy, mobility, food, consumption and construction. The fair, organised by the Spanish Alliance for Climate, Alianza por el Clima, aimed to put pressure on policymakers in the run-up to COP21 and beyond, and to showcase alternatives that will help reduce emissions and tackle climate change. There were stands on everything from renewable energy, to green buildings, to organic cosmetics, to craft beer, alongside workshops, discussions and live music. 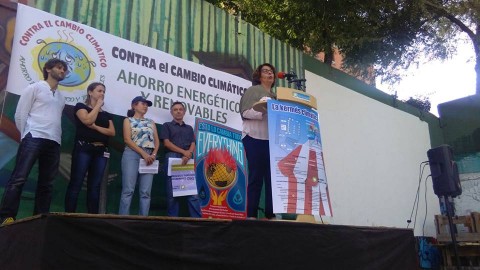 Friends of the Earth groups in England, Wales and Northern Ireland, Ireland, the Netherlands, Scotland, Spain and Sweden screened the new film from Naomi Klein, This Changes Everything, in parks, cinemas and even on a coal power station. The film, with which Friends of the Earth has a strategic partnership, will be available for broader use by November 6th.

A special Get Active guide is now available for everyone in the Friends of the Earth network mobilising supporters for Paris and beyond. The online guide includes information on the different mobilization, communication and action plans that have been made over the past few months, and information on how groups can get involved – whether mobilising people at home, bringing people to Paris, or supporting online.

We'll be updating the information regularly so check back, or get in touch with the people named with specific questions. Over 11,000 people have already joined the Energy Revolution, and with all the groups on board we want to build a stronger climate justice movement on the road to the COP21 and beyond! You can embed the online tool on your web page.

Get Active, the Friends of the Earth Europe network guide to Paris, COP21 and beyond: