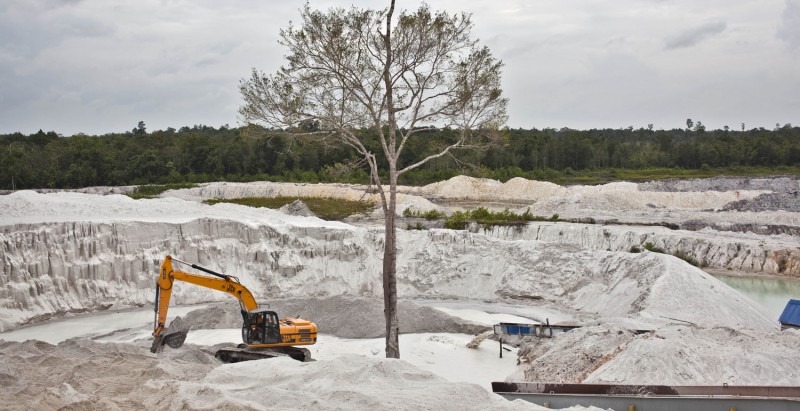 Circular economy must focus on land and water

A raft of measures which aims to make Europe use resources more wisely was announced in Brussels today. The proposals are insufficient, according to Friends of the Earth Europe, given the scale of Europe's resource wastage and its impacts on the rest of the world.

The European Commission's 'Circular Economy Package' covers a broad spectrum of resource-related areas including materials, food, buildings and waste disposal. However, it lacks concrete measures in many areas, according to the organisation, and fails to take into account all the resources Europe consumes.

A major flaw in the proposed target for improving resource use means only on the weight of materials Europe uses [1] is currently taken into account, and not the huge amounts of land and water inherent in the production of these materials.

Ariadna Rodrigo, resource use campaigner at Friends of the Earth Europe, said: "The proposals do not give a full picture of the resources Europe consumes. The plans fail to address resources, like land and water, contained in the products we consume. If Europe is going to take resource overconsumption seriously then it needs to start measuring all the land, carbon, water and material it's responsible for consuming – and making plans to reduce these in absolute terms."

Europe is a net importer of resources and is dependent on resources from other countries, including many poorer, lower-consuming countries. This overconsumption is linked to pollution, deforestation, climate change, land-grabbing, human rights abuses and other environmental and social problems.

The failure to include these footprints will prevent Europe from becoming more resource efficient, according to the organisation. The European Commission's proposed 'resource productivity indicator', linked to Gross Domestic Productivity (GDP) fails to give a clear picture of overall consumption. This results in distorted calculations, making countries with high GDP appear more resource efficient than they really are.

Ariadna Rodrigo, resource use campaigner at Friends of the Earth Europe, said: "The EU is committed to reducing resource use by 2050 and it needs a comprehensive plan for doing this. Today's proposal is not sufficient. Measuring resource use and setting reduction targets is crucial for protecting the environment, and it also can create jobs in Europe and bring massive cost savings."

Friends of the Earth Europe welcomes the proposed 70% recycling target, but criticises the absence of a ban on the incineration of recyclable materials.

Friends of the Earth believes that the EU – and its national governments – need to know how much water, land, carbon and materials they consume in order to take steps towards a more resource efficient future. For this reason, Friends of the Earth Europe is campaigning to get the European Union to measure its land, water, materials and carbon footprint, and set reduction targets for each.

[1] The European Commission is proposing a target of 30% improvement in Resource Productivity by 2030. Resource productivity is measured by GDP divided by Raw Material Consumption.