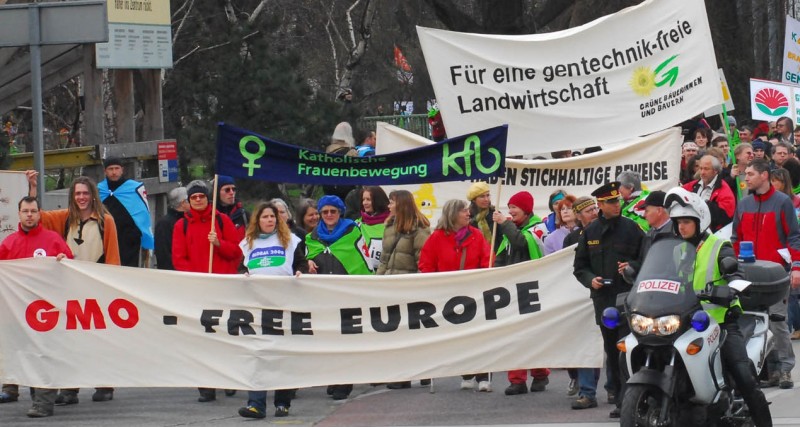 Today a coalition of environmental, farming and consumer organisations called on the European Commission to reject plans to authorise a new genetically-modified (GM) maize for cultivation in Europe.

European Commissioners will meet next Wednesday (6th November) to decide whether the GM maize 1507, owned by the multinational biotech company Pioneer, can be grown on European soil. In a letter to the Commissioners today, the coalition urged them to reject the application citing the social and environmental risks associated with GM crops.

The majority of European consumers, consumer co-operatives and private retailers have consistently rejected GM crop cultivation in Europe. Recent scientific studies of these unwanted crops call into question their supposed benefits – they do not provide increased yields or offer a solution to agricultural problems like soil degradation and water pollution.

Mute Schimpf, food campaigner at Friends of the Earth Europe said: "The European Commission has no choice but to ban this toxic maize from Europe's fields. GM crops are unnecessary and unwanted in Europe. The EU's own safety experts say that this GM maize will harm butterflies and moths.

"In light of the pro-GM agenda of trade talks between the EU and US, this is first real test of our politicians to see if they will stand up for the environment and consumers or buckle to corporate trade interests."