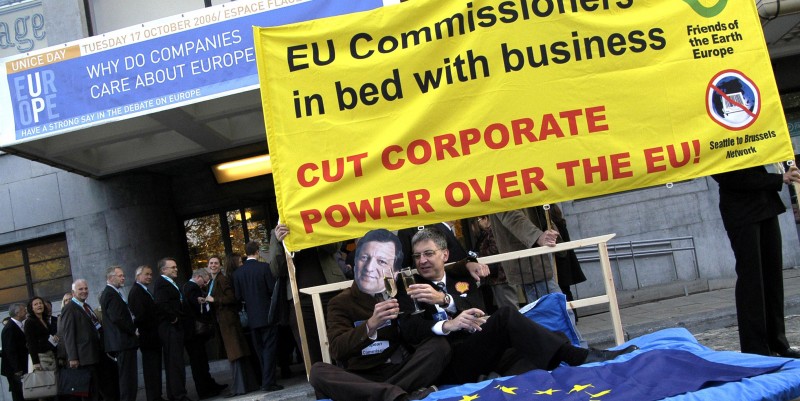 Conflicts of interest - in depth

A conflict of interest exists when an official has a personal interest that could improperly influence the performance of their duties. With over fifty percent of the laws that govern European Union countries stemming from Brussels, Friends of the Earth Europe believes it is vital that these policies promote the interests of people and environment – rather than big business.

When this happens, corporate groups gain inside-knowledge, vital contacts, and powerful influence. As a result, Brussels becomes industry-dominated and more remote from citizens' concerns and the public interest.

There are many well-documented cases of these kinds of conflicts of interest, and often the policies designed to prevent or deal with them are inadequate.

Friends of the Earth Europe examines cases of former European Commissioners, and other European institution staff, moving to the private sector at the end of their mandate.

In addition to monitoring how the current rules are being applied and what needs to be changed, we raise problematic cases to relevant European authorities and complaint bodies. We also provide recommendations for stricter rules on ethics for officials in the European Commission, European Parliament and other agencies.

We believe that the revolving door in the European Union institutions raises serious questions about the political culture in Brussels, and shows that we need new regulation to tackle the problem.

Transparency is crucial to guard against undue influence of big business and prevent conflicts of interest.

Friends of the Earth Europe, as an active member of the Alliance for Lobbying Transparency and Ethics Regulation in the EU (ALTER-EU), is calling for tighter rules to prevent conflicts of interest and put a stop to the revolving door.

Find out more on ALTER-EU's campaign on the revolving door.