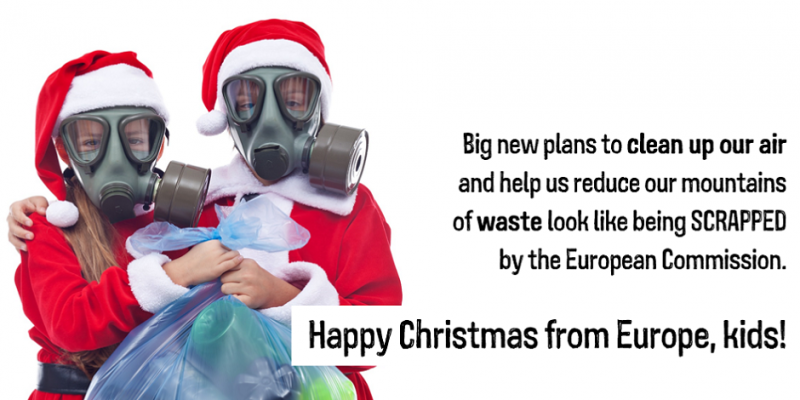 Speaking about the leaked workplan, Magda Stoczkiewicz, director of Friends of the Earth Europe, said: "It is a disgrace that Juncker's Commission is proposing to axe the circular economy and the clean air packages in the face of the open support both policies have received from stakeholders, national governments and others. Backtracking on vital and well supported legislation raises damning questions about Juncker's team's commitment to delivering policies that serve the long-term interest of people and the environment, as well as Europe's sustainable economic development."

A letter from the Green 10, a group of environmental organisations working at European level, to First Vice-President Frans Timmermans outlined their shared concerns about the proposed dropping of these two legislative packages. The letter argues that the circular economy package actually helps in the Commission's stated priorities of boosting jobs and growth in Europe. The environmental groups say that instead of promoting the health and welfare of Europeans, the Juncker Commission is serving short-term business interests of companies unwilling to adapt.

Magda Stoczkiewicz continued: "Under the guise of 'better regulation', the Commission wants to stop any legislation protecting people and environment if it doesn't align with what corporate interests say, in particular Business Europe. Excessive influence of corporations over EU decision-making already fuels public distrust of the institution and Timmermans axing these two proposals will not make it any better."

Magda Stoczkiewicz finished: "Better regulation should place the long-term interests of European citizens ahead of the short-term profits of big business which often calls 'red tape' what we would call protection for citizens and environment. President Juncker and Vice-President Timmermans can still do the right thing and put these vital pieces of legislation back on Europe's agenda."

The European Commission's impact assessment of the circular economy package suggests that full implementation of the proposed waste policies would create over 580,000 jobs, increase the annual turnover of the EU waste management and recycling sector by €42 billion, and save €72 billion a year in waste management costs.