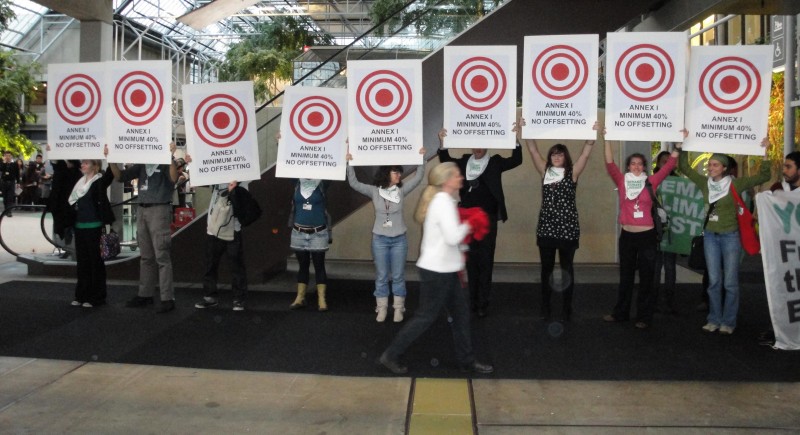 Brussels, 22 November 2011 – The EU's emissions trading system has fundamental flaws and is failing to deliver the carbon cuts needed, campaigners told a debate in Brussels today ahead of the start of UN climate talks in Durban, South Africa.

Member of the European Parliament, Bas Eickhout (Green), warned the debate that industry lobbying was damaging the EU's position on climate change. He accused BusinessEurope of failing to represent the views of its members who are calling for tougher targets.

Bas Eickhout told the debate, organised by Corporate Europe Observatory, TNI, Friends of the Earth Europe and FERN, that BusinessEurope claimed to speak on behalf of European industry but in fact represented the lowest common denominator position, effectively silencing those companies which support a 30 per cent cut in CO2 emissions by 2020.

Esther Bollendorff from Friends of the Earth Europe told the debate that the European Union must face up to its historical responsibilities by taking action first, and that this is also in the interest of European industry.

"It's in our own interest for Europe to take action to cut emissions at home, so we cannot support the Commission position to only take action if others do too," she said.

Oscar Reyes from Carbon Trade Watch told the debate that carbon trading system failed to require countries to take responsibility for their own emissions, allowing them to offset them by buying permits from the developing world.

He added that by setting up the carbon market as a market in its own right had created a perverse incentive to speculate on carbon rather than making the real reductions actually required.

Damian Meadows, the Head of Unit for International Carbon Markets at DG Climate Action, said that carbon trading must not be seen as a sole solution, but putting a price on carbon was an important component.

And he defended the EU's position ahead of the Durban climate talks, saying the EU wanted a multilateral agreement – but increasing the EU's target unilaterally would not deliver action from the United States or China.

"We need broad commitments, we need a clear roadmap from Durban", he said.