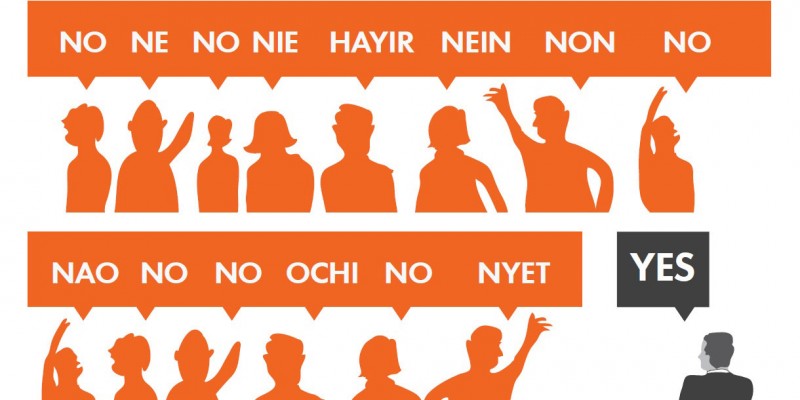 The European Commission has today released the long-awaited results of the public consultation on investor-state dispute settlement (ISDS) in the context of the EU-US trade talks (also known as the Transatlantic Trade and Investment Partnership, TTIP). Based on the text of the investment chapter of the recently concluded EU-Canada deal, the consultation was launched last spring in an attempt to silence criticism of the system.

While a majority of responses rejected outright special privileges for investors as part of the EU-US trade negotiations, the European Commission argued the key question for the consultation was if their reforms of the investor protection mechanism were striking the right balance. More than 97% of the responses to the consultation gave a clear answer expressing strong opposition to the mechanism's inclusion in this trade deal. Nevertheless, the European Commission announced in the report that it will continue with its reform agenda.

Paul de Clerck, trade campaigner at Friends of the Earth Europe, said: "The European Commission is showing its total disregard for the voices of people who mobilised en masse to express their opposition to VIP treatment for investors in the EU-US negotiations. Today's announcement is yet more evidence that the TTIP negotiations are a dangerous Trojan horse driven by corporations at the expense of essential protections for people and the environment."

Due to the highly technical nature of the consultation, Friends of the Earth Europe, AK EUROPA, Sum Of Us, 38 Degrees and the Munich Umwelt Institute – among others – made online response forms available to citizens in order to facilitate their participation. Together these groups collected at least 131,000 of the almost 150,000 responses received by the European Commission – all of which expressed a clear "no to ISDS". Many of these responses went into detail addressing fundamental problems of investor-state dispute settlement related to governments' right to regulate, conflicts of interest of arbitrators, the lack of transparency of the tribunals and privileged, undemocratic rights for investors.

Paul de Clerck continued: "With this consultation, the European Commission said it wanted to ask the public what they want. People have clearly spoken against excessive privileges for corporations. Investor-state arbitration is undemocratic and conflicts with the fundamental principle of fair access to justice – it should not be part of the EU-US trade deal, nor any other trade agreement. Will the European Commission now listen? Today's multinational corporations have recourse to a wide range of measures to protect against investment risks, including private insurance and domestic courts, so there is absolutely no need for a special legal regime like ISDS."

This announcement comes amidst growing public opposition to an EU-US trade agreement. A petition opposing the EU-US and EU-Canada trade deals has already exceeded one million signatures. The petition was launched by the Stop TTIP Coalition after their application for an official European Citizens' Initiative was rejected by the European Commission in early September.