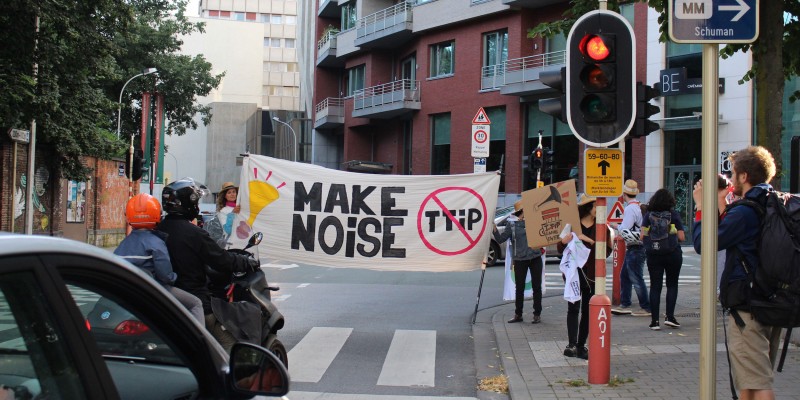 French Trade secretary Fekl called today for the end of the current negotiations on TTIP, a trade agreement between the EU and the US. His declaration followed a statement of German Economic minister Gabriel that the TTIP negotiations have failed.

TTIP will undermine environmental, social, health standards in Europe and gives unacceptable rights to US investors to sue European governments if they take measures that affect their profits. Friends of the Earth Europe welcomes both statements but calls on EU leaders to reject outright both TTIP and CETA, a similar agreement between the EU and Canada.

Public opposition against TTIP is unprecedented. However, TTIP doesn't stand on its own. Next month, the EU's trade ministers need to decide on the signature of CETA. This agreement also risks undermining the public interest and it gives the same privileges to foreign investors as what the EU proposes in TTIP. This September, citizens all over Europe are taking the streets to protest against CETA. FoEE expects nothing less than a rejection of CETA by both Gabriel and Fekl.

Paul de Clerck, economic justice programme coordinator at Friends of the Earth Europe said: "Fine words from political leaders during election years is not enough. EU governments need to put their words into actions and halt the dangerous TTIP negotiations and discard the CETA agreement with Canada. These Trojan trade deals undermine democracy and threaten our environment and social protections."