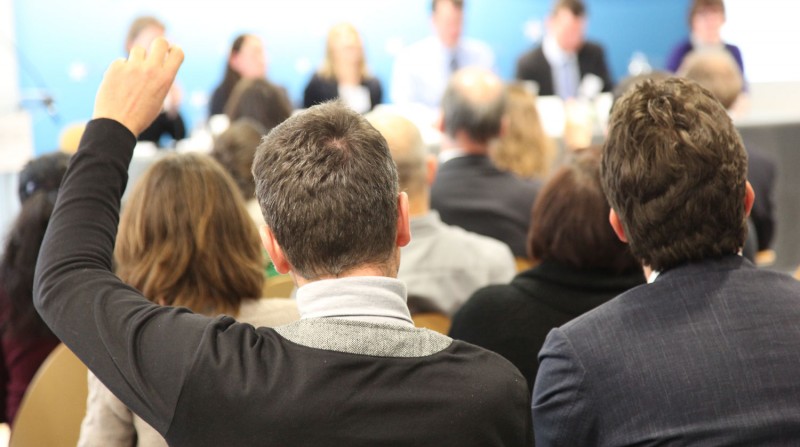 As elections for the European Parliament draw closer and candidates roll-out their campaigns across Europe, Friends of the Earth Europe, Vredesactie and Campagne tegen Wapenhandel are enabling citizens to track exactly how their politicians acted on critical issues in the last parliament.

A new website launched today helps citizens explore the voting records of all Members of European Parliament (MEPs) since 2009 on legislation crucial to preventing the spread of genetically modified crops and shale gas development in Europe, and on legislation that deals with arms trade and militarisation.

Fabian Flues, campaigner for Friends of the Earth Europe said: "For many, the decision-making process in Brussels remains obscure – yet these decisions affect the lives of 500 million citizens across Europe. We're making it easier for people to find out how politicians voted on decisions that affect their future – on climate change, shale gas and genetically modified crops. Greater transparency helps citizens know which politicians to vote for, and the future for Europe they want to see. "

The close relationship between the EU institutions and a handful of powerful industry lobby groups can have significant influence over the way decisions relating to the climate, the environment and peace and security are being made. Numerous scandals during the last term of the European Parliament have highlighted the need for greater transparency and stricter ethics rules within EU institutions, including a mandatory EU lobby register.

The majority of people across Europe are concerned about ethics and lobbying in European Union policy-making, according to a poll conducted last year.

Citizens can now check specific MEPs in their country and compare votes across political groups and parties. Scorecards on how MEPs acted on arms-trading were contributed by Vredesactie and Campagne tegen Wapenhandel.

Tom Cox, campaigner for Vredesactie said: "The European Union started as a civil peace project but is increasingly pushing towards militarisation. The close involvement of the arms industry in drafting EU policy means research subsidies are used to develop weapons – the Commission sees global arms trade as an opportunity to increase profits. This new website allows citizens to see how specific MEPs and political groups voted on topics that are important for peace and security."

Wendela de Vries for Campagne tegen Wapenhandel said: "As national defence budgets shrink due to the economic crisis, the arms industry is more than ever after European subsidies. It is important that our representatives in the European Parliament stand up for citizens and democracy and a peaceful Europe, against the interests of big military companies."

Last month, Climate Action Network Europe published scorecards for MEPs and national parties based on ten important votes on climate and energy issues in the last legislative period. Friends of the Earth Europe, Vredesactie and the Campagne tegen Wapenhandel are also supporting the Politics for People campaign which invites citizens across Europe to demand from MEP election candidates to stand-up against the excessive lobbying influence of banks and business.

The website analyses voting records of Members of the European Parliament (MEPs) on policy crucial to prevent devastating climate change, to stop the expansion of genetically modified crops and shale gas development, and on subsidies for the arms industry and military in Europe. It aims to improve transparency and to help European citizens hold their MEPs accountable. It is neither endorsement nor condemnation of individual MEPs or their political parties and groups.