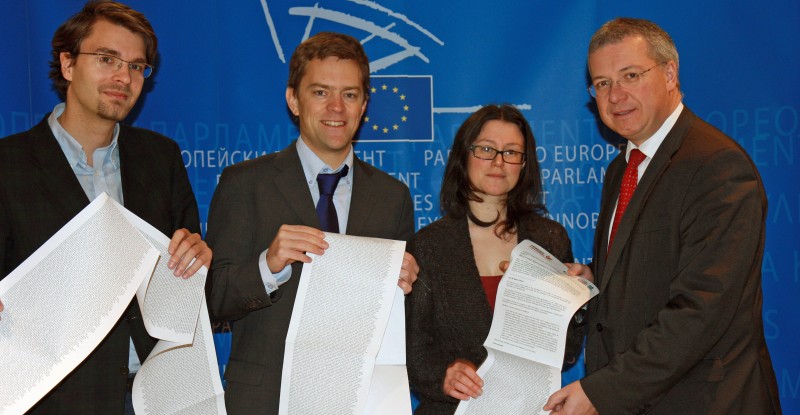 Together with the World Development Movement (WDM) and World Economy, Ecology and Development (WEED), Friends of the Earth Europe handed in a petition to the European Parliament's rapporteur on a crucial piece of legislation that could stop banks profiting from hunger, MEP Markus Ferber. More than 8000 people across Europe signed the petition, asking the Parliament to ensure the Markets in Financial Instruments Directive (MiFID) stops big financial players from gambling on food.

The letter called for commodity trading to be done in public instead of behind closed doors ('over the counter') so regulators, the public and big financial players, know what's going on. This means contracts will need to be standardised instead of complex. It called for proper reporting by traders of how many contracts they own and whether they're betting on rising or falling prices – so we can see what's really happening and regulators can step in when speculators start creating bubbles. Finally, it demanded limits on how much of the market can be controlled by any one type of trader (for example, hedge funds), with no loopholes. Regulators should be able to step in when speculators are swamping markets with their huge bets.