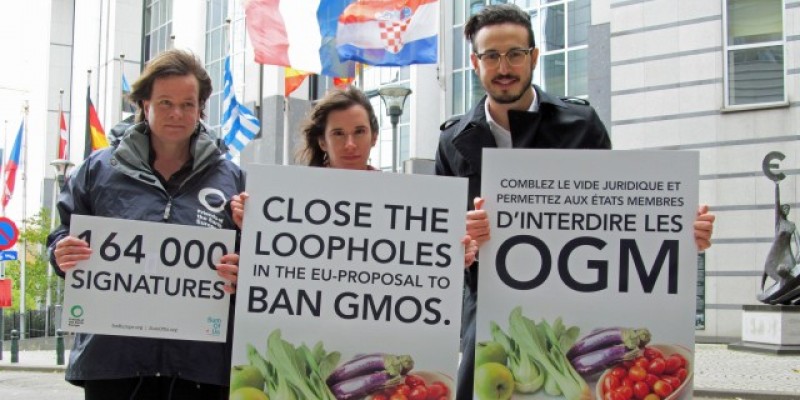 The European Parliament today voted to grant national governments new powers to ban the cultivation of genetically modified (GM) crops in their territories. Today's decision by the European Parliament for the first time allows governments to ban entire categories of GM crops. Friends of the Earth Europe is calling on EU member states to immediately use these new powers to ban all GM maize crops – the only category of GM crop currently in the pipeline for cultivation in Europe.

Speaking on the vote by the European Parliament, Mute Schimpf, food campaigner for Friends of the Earth Europe, says: "This is another nail in the coffin of genetically modified crops. While not perfect, this new law allows governments to shut the door on biotech crops in Europe and shift farming in a more sustainable direction. The public has continually rejected GM foods and increasingly supports greener farming and local food. We call on national governments to use this new power to keep GM crops out of their countries."

The cultivation of GM crops in the European Union has been controversial for more than 15 years. Currently, nine EU countries have completely banned the cultivation of the MON810 maize – the only GM food crop authorised in Europe. These bans have been challenged by the European Commission, as well as the biotech industry, resulting in many national environment ministers supporting proposals to strengthen their legal rights to ban GM crops. In addition, a ruling of the European Court of Justice strongly limited the existing regulatory tools for governments.

Friends of the Earth Europe is however critical of weaknesses in the law, in particular where governments have an option to ask biotech companies for permission to enact national bans.

What does the new law say?

The European Parliament has passed a law which compromises with national environment ministers on the most controversial issues:

Which crops can be banned – governments have the right to ban groups of GM crops – defined by crop or by characteristics, for example all GM maize plants or all herbicide-tolerant GM crops. This is a big step forward in the battle to make Europe GM-free.

When can GM crops be banned? – either during the EU-wide authorisation process or at any later stage governments can initiate a ban for the whole duration of its authorisation – up to ten years. A government can lift an existing ban without any notice.