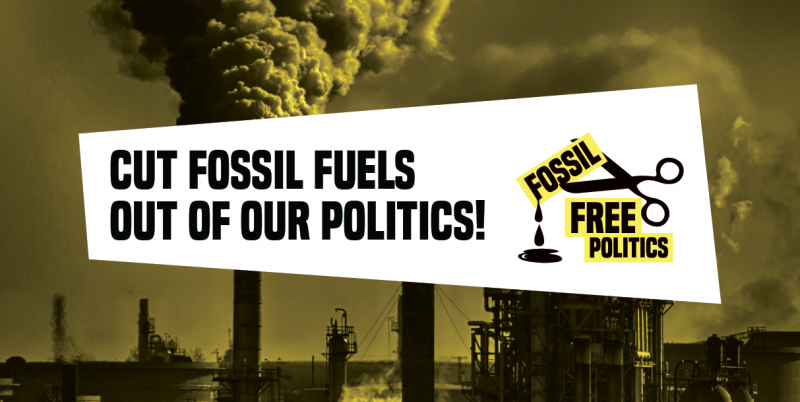 Most of the fossil fuel industry's coal, gas and oil reserves need to stay in the ground. But that won't happen so long as fossil fuel companies continue to influence our politicians.

To tackle the climate emergency, and ensure that climate policy is conducted entirely in the public interest, we must cut fossil fuel interests out of our politics, similar to existing restrictions on the tobacco industry.

We are joining Corporate Europe Observatory, Food & Water Europe, and Greenpeace EU alongside nearly 200 other organisations worldwide, to campaign for fossil free politics.

We are facing a climate emergency. People are already feeling the impacts of climate chaos, with record storms, droughts, and fires – hitting the global South hardest.

For decades fossil fuel companies and their lobbyists have denied science, delayed, weakened, and sabotaged climate action. Despite knowing that their business model is killing our future. This stops now.

The only way forward is to ensure that climate policy is made entirely in the public interest. There is a fundamental conflict between the industry’s interests and the public interest. Between their core business and our need to keep global temperature rise below 1.5° C. We need fossil free politics before it's too late. 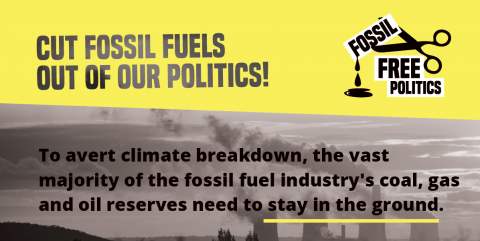 Similar to existing restrictions on tobacco industry lobbyists, we need a firewall that protects our democratic institutions and our political decision-making from fossil fuel industry interference. No more private lobby meetings, partnerships, or collaborations.

Our political institutions must champion fossil free politics - starting with the European Parliament and European Commission.