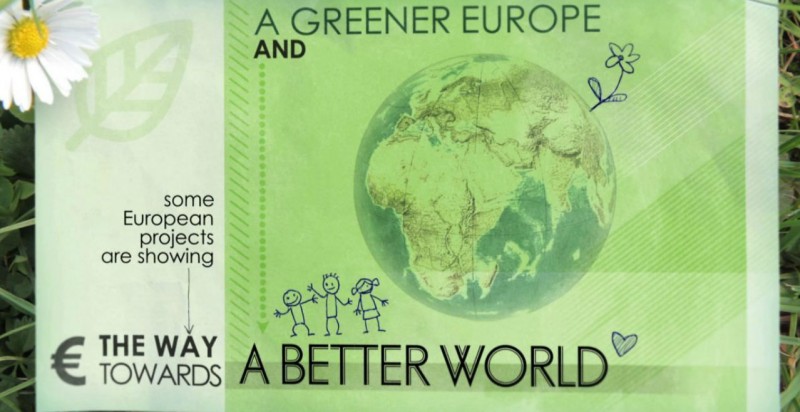 The latest EU budget 2014-20 negotiating text, published today by President of the European Council, Herman van Rompuy, contains the first sign of hope for a future EU budget that tackles climate change and helps support a sustainable future for Europe's 500 million people, according to CEE Bankwatch Network and Friends of the Earth Europe.Contained in today's text, the so-called 'negotiating box' for the multi-annual financial framework (MFF), is the appearance for the first time of a 20 percent spending figure for 'climate mainstreaming' across all sectors of the MFF.

Based on an original proposal from the European Commission, Bankwatch and Friends of the Earth Europe believe that this figure ought to be increased to 25 percent given the scale of the climate, economic and environmental challenges currently facing the EU member states.

Markus Trilling, EU funds coordinator for Bankwatch and Friends of the Earth Europe, said: "Not before time, and with just over a week to go until the crunch EU budget summit, 20 percent green spending is now firmly on the EU budget radar. Even in the darkest hours of the upcoming negotiations member states should keep sight of the importance of green spending and push for an increase to 25 percent."

"President van Rompuy's latest proposal announces around EUR 75 billion in overall cuts, but at last we are seeing a firm commitment to quality EU budget spending appearing on the table."

"The jobs that can flow from greener EU spending, not to mention the economic and climate benefits that will result from increased investments in energy efficiency and Europe's developing renewable energy sector, are major wins that member states can not afford to lose sight of."

Stanka Becheva, food and agriculture campaigner at Friends of the Earth Europe, said: "Although it's positive that in this latest proposal 30% of the direct payments Brussels makes to farmers are subject to environmental conditions, these conditions still need to be defined to truly deliver a new, green future for agriculture. This can only happen with binding EU-wide measures for all countries."

Click here to see how EU Cohesion spending can work for the environment and people.