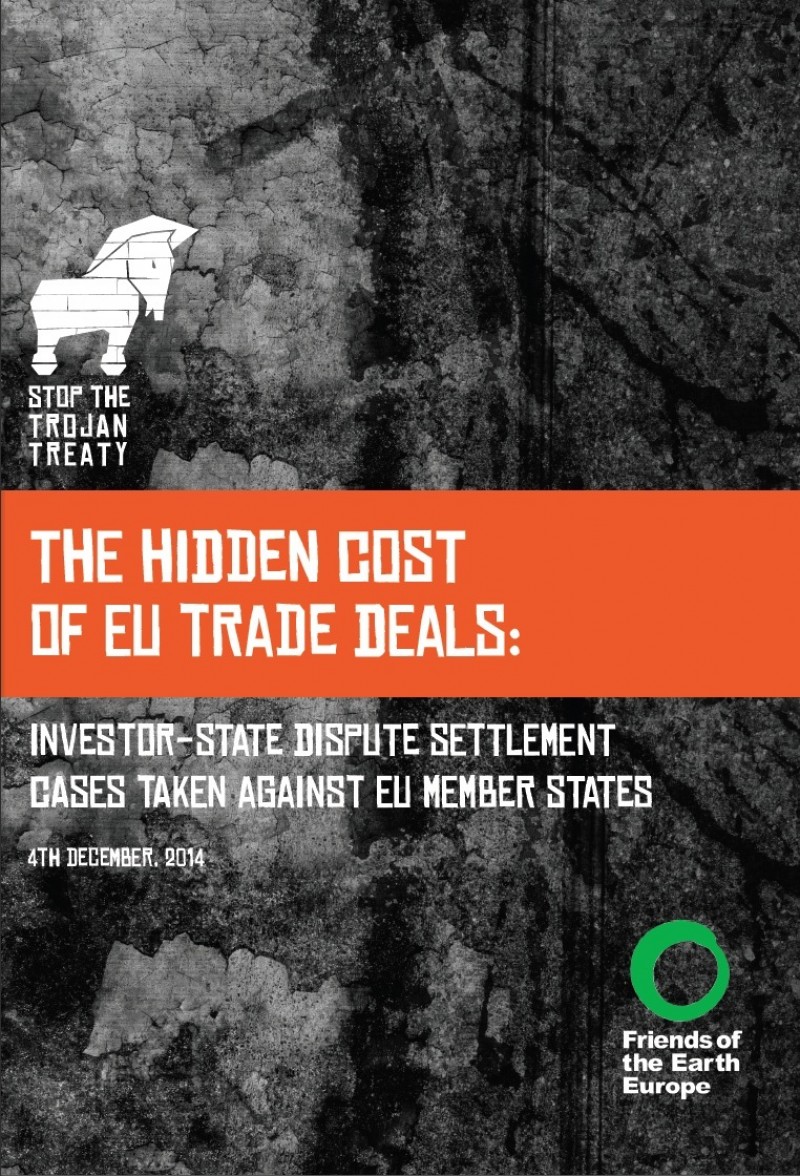 This report compiles all publicly available data on investor-state dispute settlement cases taken against EU member states since 1994. It highlights the irrefutable attack on recent EU accession countries and the environment, as well as the cost this system has already had on EU taxpayers and European democracy.

The ‘investor-state dispute settlement’ mechanism has been coming under growing public scrutiny due to its inclusion in the ongoing negotiations of an EU-US trade deal and the recently concluded EU-Canada trade treaty.

What is rarely mentioned is how often this mechanism has been used against EU member states, and how much this mechanism has cost EU taxpayers. The ongoing negotiations of trade and investment agreements are unprecedented in size and scope, and would drastically expand the extent of foreign direct investments covered by investor-state arbitration. Such an expansion would risk seriously undermining governments’ ability to regulate for the protection of people and the environment.

A peer-reviewed database of the 127 investor-state dispute settlement cases involving EU member states since 1994, for which documents were publicly available, can be found here. (.xlsx)