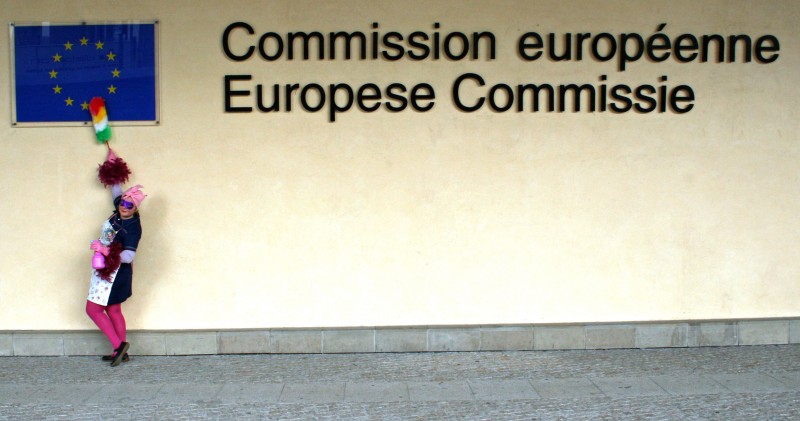 Concerted lobbying from Europe's dirtiest industries has resulted in the gutting of EU climate and energy proposals, it has emerged today.

Published one day before the 28 EU heads of state meet to discuss how Europe will tackle climate and energy issues between now and 2030, a new briefing by Corporate Europe Observatory and Friends of the Earth Europe shows how fossil fuel and heavy industry interests have used their privileged access, huge financial resources and insider influence to convince EU decision-makers to sacrifice ambitious action to protect their profits.

The briefing "Ending the affair between polluters and politicians" exposes the massive lobby effort mounted by fossil fuel companies and heavy industry which has managed to convince senior politicians of the disingenuous idea that 'green' legislation cannot be allowed in times of economic crisis.

This lobbying has resulted in a dangerously inadequate climate and energy dossier for 2030 being proposed by the European Commission. The proposal is for a weak target to reduce greenhouse gas emissions by just 40% by 2030, and for no binding national targets for renewables and energy savings.

This proposal, that is now the basis for discussions among EU heads of state, ignores key findings from the European Commission's own research which show higher targets will bring savings on health costs, reduce dependency on energy imports and not significantly affect GDP.

One of the authors of the report, Brook Riley, from Friends of the Earth Europe said: "Barroso and his commissioners seem to have fallen for the old-think industry spin that there must be a trade-off between climate action and economic recovery. The 40% greenhouse gas cuts being proposed are dangerously short of what is needed to transform the EU's economy and move away from dirty energy and completely ignores the huge financial cost of dealing with the impacts of climate change."

The briefing highlights the role of cross-industry groups, such as Business Europe and the European Roundtable of Industrialists, leading the charge to weaken the EU's climate ambitions.

Co-author Belén Balanyá, from Corporate Europe Observatory, said: "Polluting corporations with everything to gain from a weak climate policy should have no role in climate policy-making. The lobbying battle over the EU 2030 climate and energy will keep unfolding over the coming months, extending to a new Parliament and a new Commission and it is crucial that Europe's decision-makers set the goals for the continent according to what science requires and to the principles of climate justice, and not to the wishes of big business."

Corporate Europe Observatory and Friends of the Earth Europe believe three ambitious binding targets – for greenhouse gas emissions, energy savings and renewables – are the only way to ensure Europe effectively fulfills its responsibilities for tackling climate change. Only action on this scale will encourage the needed investment in clean energy resources to avoid the worst consequences of climate change and bring maximum benefits to the EU and its citizens. 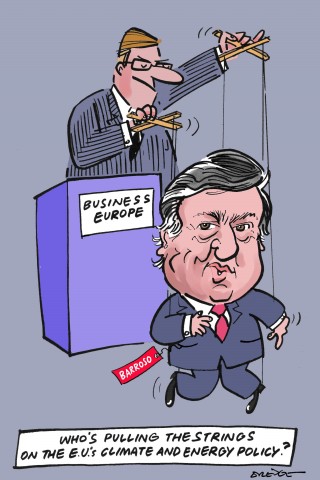