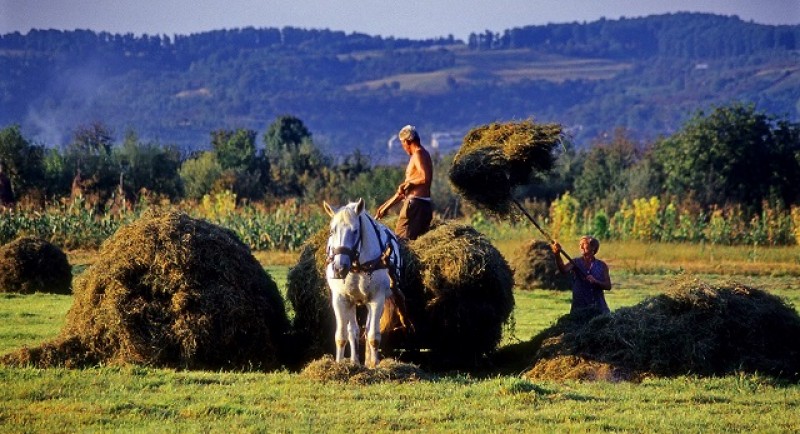 Today is the 20th anniversary of the International Day of Peasants' and Farmers' Struggle – a date highlighting the persecution and violence suffered by peasants and farmers around the world.

Peasants and small farmers make up half of the world's population and grow at least 70% of its food. But despite their importance, their human rights and dignity are continually violated as big agribusiness, big dams, the global mining boom, and other mega-developments continue to put profits first and peasants last.

Small-scale farmers and local companies are being driven out of business, both obesity and food poverty are rife, nature is being destroyed, and most alarmingly, farmers and defenders of peasant and small-scale agriculture have been brutally attacked for standing up for their rights.

Only in the last month, we have witnessed the killing of several peasant and indigenous leaders. At the beginning of March, Honduran environmental and human rights activist Berta Cáceres, who rallied her fellow indigenous Lenca people against the Agua Zarca Dam, was murdered in her home. Her murder was one among 14 this year in Honduras.

In the last six weeks, six peasant community leaders have been assassinated in Colombia. And just last week in Brazil, two members of the country's landless movement (MST) were murdered.

To mark this important day, Friends of the Earth Europe is calling for activists across Europe to join an alternative food system – a system that helps people and the environment, instead of making profits for multinational corporations.

The Nyéléni Europe Movement, Europe's widest international network on Food Sovereignty, brings together farmers, growers, consumers and activists with the aim of transforming our food and agriculture system, resisting current corporate methods of production, and giving communities control over the way their food is produced, traded and consumed.

From 26-30 October 2016, the movement - which includes Friends of the Earth Europe - is holding its 2nd Europe Forum for Food Sovereignty, in Cluj-Napoca, Romania.

The event – which will look at ways to change how food is produced, consumed and distributed at local, national, regional and global levels – offers an opportunity for all those who are active in the Food Sovereignty Movement in Europe to get involved.

Visit the Nyeleni Movement website to see how you can join the movement and have your say. Help us to Transform, Rebuild, Resist!