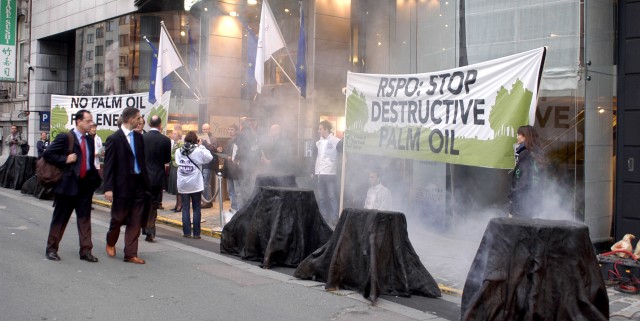 Amsterdam/Brussels, 15 March – One of the leading suppliers of "green" palm oil to Europe is causing illegal encroachment upon Indonesian forest and peat land, according to a report published today by Friends of the Earth Europe.

London, Brussels, March 1 - A new report launched today reveals that UK bank, Royal Bank of Scotland, has been involved in providing loans worth $7.5 billion in the last three years to companies carrying out highly controversial 'tar sands' mining [1] in Canada. 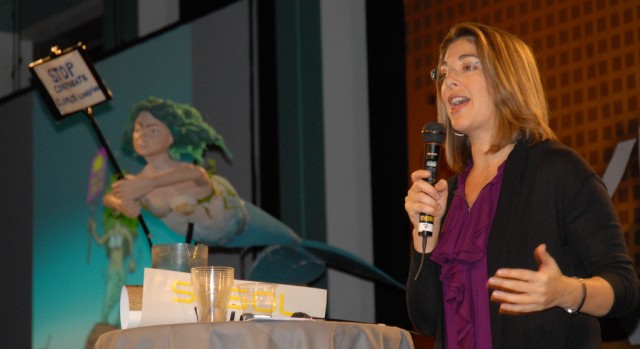 The Angry Mermaid winner is...

Copenhagen, Denmark, December 15 - The winner of the Angry Mermaid Award 2009, announced by award-winning writer and journalist Naomi Klein at the UN climate talks in Copenhagen today is the biotech giant Monsanto with 37% of the total vote [1].

Ten thousand people voted in the Angry Mermaid Award, named after the iconic Copenhagen mermaid who is angry about corporate lobbying on climate change. 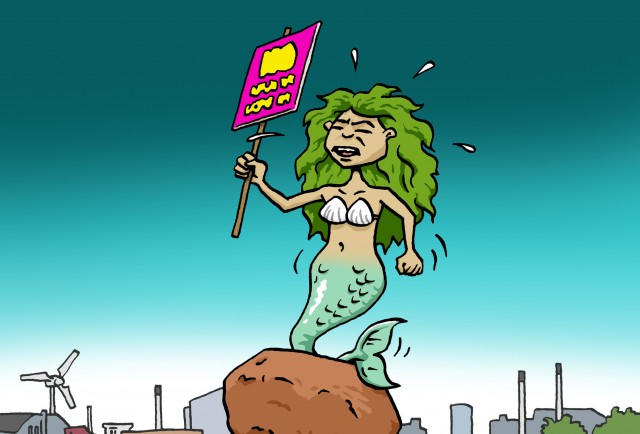 Brussels/Copenhagen, Monday 16 November - The damaging impacts of corporate lobbying on international efforts to fight climate change are exposed today with the announcement of the eight candidates for the Angry Mermaid Award 2009.

The Angry Mermaid Award is named after the iconic Copenhagen mermaid who is angry about the destruction being caused by climate change.

Prague, Czech Republic, October 20, 2009 - Global Action on ArcelorMittal, a coalition of community and environmental groups, has urged the European Investment Bank (EIB) not to approve a EUR 250 million loan to Luxembourg-based ArcelorMittal tomorrow (Wednesday 21) at a meeting of the bank's directors. [1] 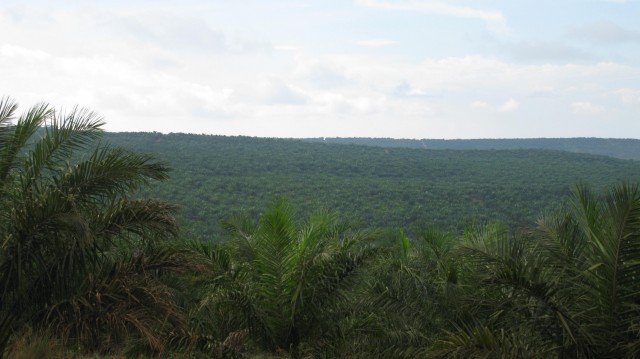 Brussels/Netherlands, September 23 - New research released today shows for the first time the extent of damage being caused by the European Union's increasing use of biofuels [1]. The research focuses on the massive expansion of palm oil in the Indonesian district of Ketapang and reports on the deforestation, illegal operations and social conflicts caused by the growing demand for palm oil in Europe. The report follows last week's announcement by the World Bank to cease funding palm oil projects [2]. 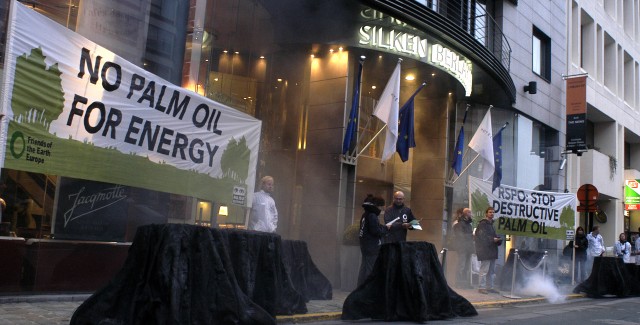 Brussels, 10 September 2009 – Friends of the Earth has welcomed a ruling yesterday, by the UK advertising watchdog, that describing palm oil as "sustainably produced" is false advertising.

The UK Advertising Standards Authority (ASA) ruling followed a Friends of the Earth Europe/International complaint against an advert by the Malaysian Palm Oil Council. [1] The ASA has banned the advert. 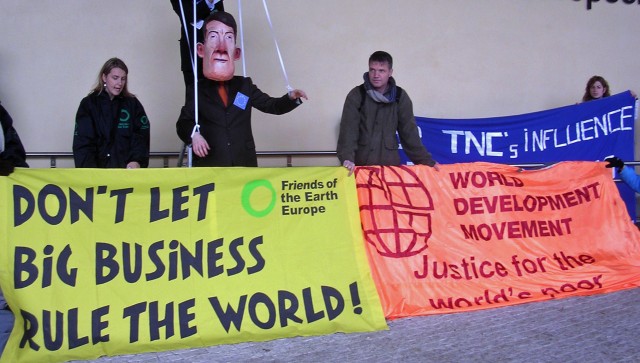 European Union urged to reconsider its role in Central America

Brussels, July 1, 2009 - On the day the European Union is expected to announce the suspension of its new round of free trade negotiations with Central America, Friends of the Earth International calls for an end to the process of free trade negotiations that the EU is promoting in Central America, and recommends a full reconsideration by the EU of its role in the region. [1] 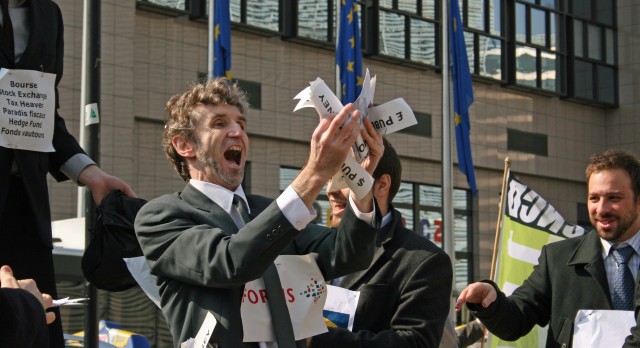 Financial fools day – We won't pay for their crisis

Brussels, 1 April – Brussels-based environment, development, farming and transparency campaign organisations today denounce the EU's continuing contribution to the financial crises and the limited solutions it is advocating at the G20 with a theatre spectacle in front of the European Council from 12.30-13.15.

Politicians and citizens will battle their way out of the financial crisis, to the backdrop of a stock-exchange on stilts – all part of "Financial Fools Day", a global day of action on the eve of tomorrow's G20 meeting in London. 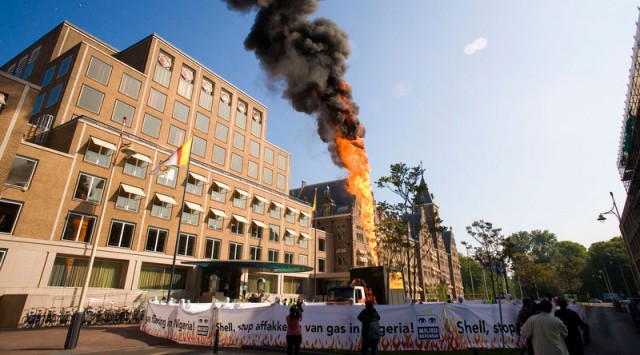 Shell makes billions but fails to clean up mess

Brussels/Amsterdam, 29 January 2009 - Billions of Euros made by Royal Dutch Shell should be ploughed into cleaning up the mess made by its operations around the world, Friends of the Earth urged today as the oil giant announced €21.5 billion profits for 2008. [1]

Shell has failed to significantly reduce its CO2 emissions over the last ten years [2] and causes massive damages in countries where it operates.