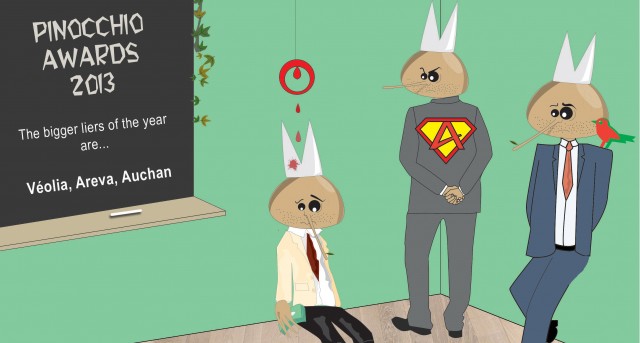 Les Amis de la Terre/Friends of the Earth France ended the suspense and announced the winners of the 2013 Pinocchio Awards at a ceremony in Paris last night.

More than 41000 people took part online – more than twice as many as previous years – and voted Veolia, Areva and Auchan the big winners of this year's prizes. [1].

Friends of the Earth France today opened the voting for their annual Pinocchio awards. The public can vote for the companies whose environmental and social impacts do not match their public claims about their commitment to sustainable development.

The awards highlight specific examples of social and environmental rights violations committed by multinational corporations. They allow citizens to clearly see the gap between a company's words on sustainability and social responsibility and their actual activities in the communities and areas affected. 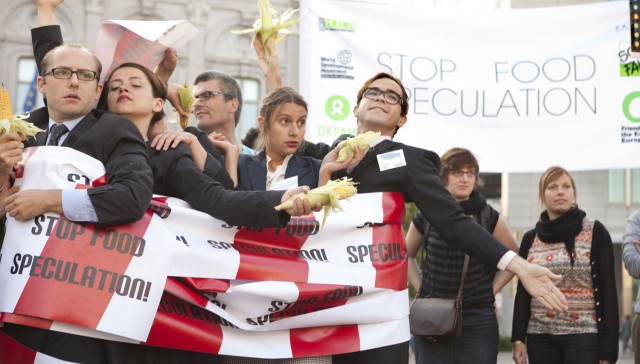 Five years on from the bankruptcy of the Wall Street bank Lehman Brothers, Europe has done little to respond to the ensuing financial crisis, according to a statement from 40 civil society groups. Europe still lacks the solid regulation that could prevent another financial collapse, and the necessary measures to curb the influence of the financial lobby in Brussels. 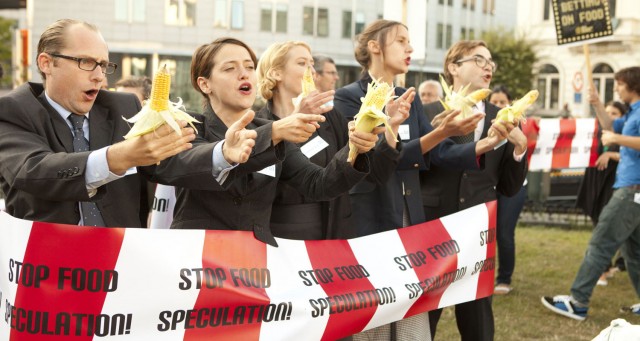 Actors dressed as bankers were restrained with hazard tape today in a stunt calling on EU negotiators to strengthen rules intended to curb the destructive practice of food speculation.

The protest by Friends of the Earth Europe, alongside development organisations FairFin, Oxfam, SOS Faim, World Development Movement and CNCD, comes at the start of crucial negotiations on proposed EU financial reforms known as MiFID (Markets in Financial Instruments Directive). 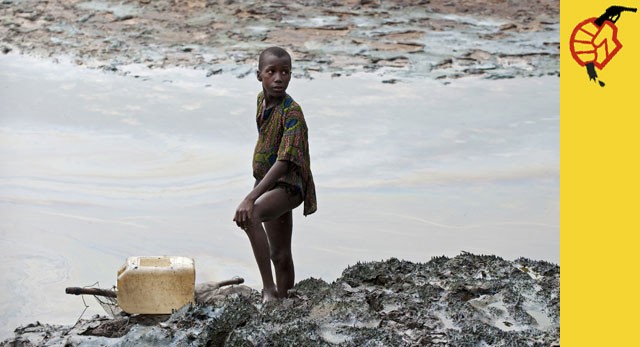 Shell: clean up your mess in Nigeria

Friends of the Earth groups from around the world are today calling on Shell to clean up its mess in the oil-rich and heavily polluted Niger Delta in Nigeria. The launch of an international petition targeting Shell comes exactly two years after a United Nations report exposed oil-giant Shell's systematic contamination of Ogoniland in Nigeria. 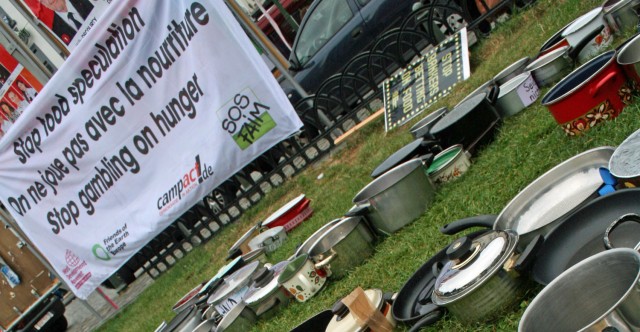 Little will be done to curb harmful food speculation today as EU finance ministers meet to approve their position on the new Markets in Financial Instruments Directive (MiFID II) – which sets new regulations for financial markets. According to a broad coalition of environmental and development organisations, loopholes in the legislation will render it ineffective to prevent food speculation, and the resulting food price spikes that hit the poorest the hardest. 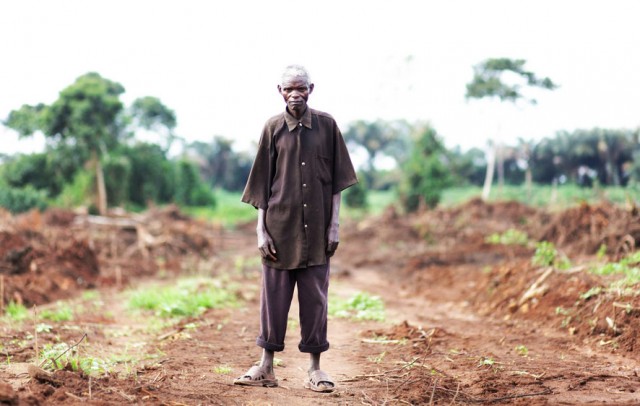 European banks and pension funds continue to finance one of the largest and most destructive palm oil giants Wilmar International, according to new research released today by Friends of the Earth Europe [1]. Well known banks including HSBC, BNP Paribas, Deutsche Bank and Rabobank offer financial assistance to Wilmar valuing over one billion euro, and European and American financial institutions own shares in the company worth €621 million [2]. 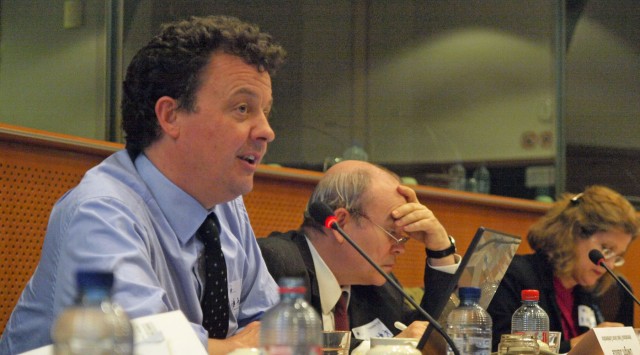 Getting companies to report on their use of resources, like materials, water, land and carbon, as well as their impacts upon human rights, will help move Europe towards a resource efficient future that benefits people and planet. This was the message of a debate organised on Tuesday by the European Coalition for Corporate Justice (ECCJ) and Friends of the Earth Europe. 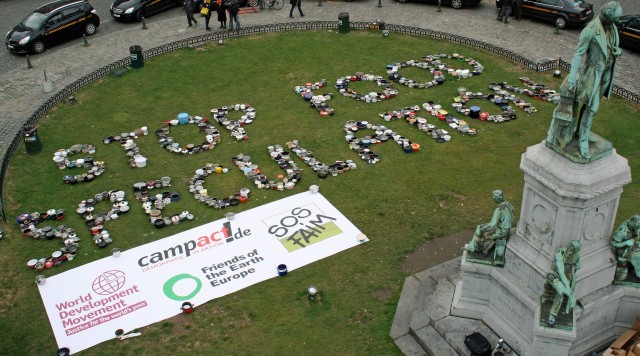 Putting the hunger of people before profits

Food speculation by banks and financial institutions continues to contribute to rapid and unpredictable swings in food prices, which hit the most vulnerable hardest. Today, finance ministers have the opportunity to curb this destructive practice, as the council of economic and financial affairs discusses its position on the Markets in Financial Instruments Directive (MiFID) – which sets new regulations for financial markets. 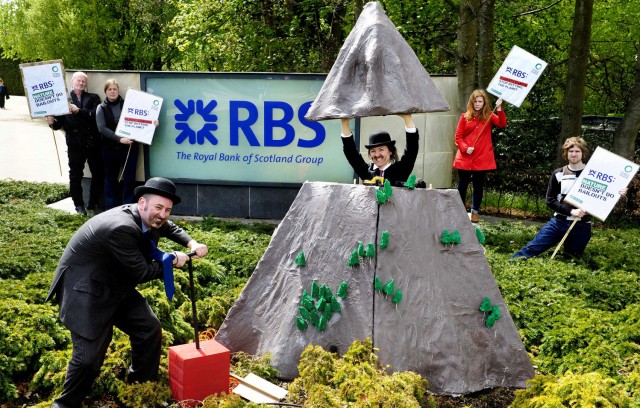 Friends of the Earth Scotland today went to the Royal Bank of Scotland (RBS) AGM to ask the bank to disinvest in funding mountaintop removal for coal mining.

They posed as two 'bankers' with a replica mountain and symbolically ‘stuffed’ their faces with coal to feed their fossil fuel addiction.