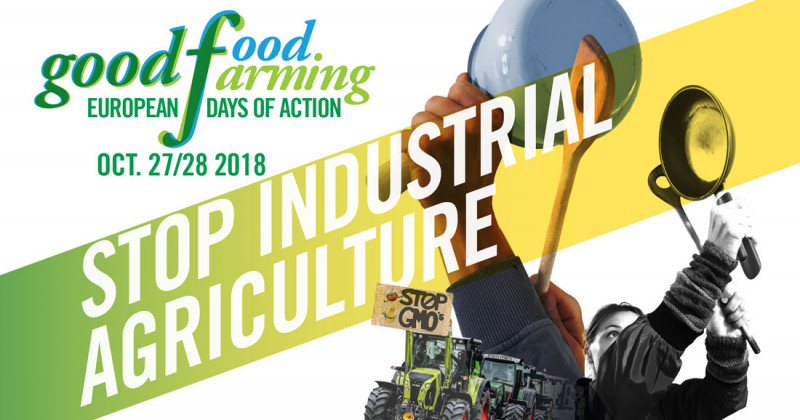 Join the #GoodFoodGoodFarming days of action

On October 27-28, farmers, consumers, activists and citizens from across Europe will join forces to call for a fundamental change in our food and farming, demanding agricultural policies that promote a transition towards a better and sustainable society, with quality food for all. On these days, peaceful demonstrations, protest picnics, and other initiatives will take place in 35 European cities, towns and villages. The European days of action for Good Food Good Farming are organized by a coalition of more than 80 pan-European organizations and civil society groups from 22 European countries.

Find an event near you 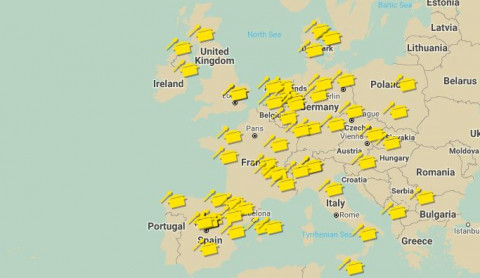 The Good Food Good Farming campaign believes it is time to call on policy-makers to build a better food and farming system, in solidarity with people and regions across Europe.

"Civil society, citizens and farmers are joining forces to say loud and clear that food concerns us all, and so do food policies: we are not just defending our vision of good food and good farming, we also bring concrete examples from the ground," said Stanka Becheva, food and farming campaigner at Friends of the Earth Europe.

The Good Food Good Farming mobilisation comes as the European Union negotiates its reform of the Common Agricultural Policy (CAP). The current CAP takes up approximately a third of the EU's total budget, with a significant influence on how our food is produced and distributed.

Infographic: what is the CAP? 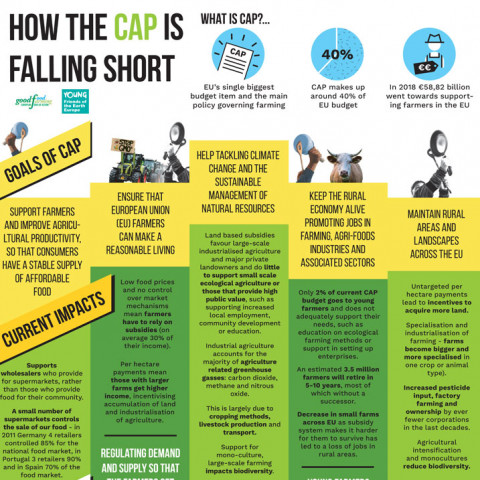 According to IFOAM EU Director Eduardo Cuoco, now is the time to act and ask for the CAP to put environmental protection at its core and dedicate a large part of its budget to it. "Farmers need to be encouraged and rewarded, not only for producing better and healthier food, but also for taking care of our public goods in the form of clean water and air, and healthy soils and ecosystems."

To make the messages of the European days of action resonate clearly at the European level on 19 November, the Good Food Good Farming movement will target the meeting of EU agriculture ministers in Brussels, which will touch upon the new CAP. For the organisations involved, it is fundamental that EU leaders act now and deliver on the objectives of a new CAP which responds to the challenges facing Europe and the world. Representatives of the pan-European movement will hand over a petition, signed by EU citizens, asking ministers to take into consideration the voice of Europeans.

Recent years have seen significant strides made towards more sustainable agriculture in Europe – including the banning of bee-killing neonicotinoid pesticides, and the ruling of the European Court of Justice (ECJ) that new GMOs be regulated as GMOs. However, big industrial farms still pose a massive threat to sustainable agriculture. The EU lost a third of its small farms between 2003 and 2013, and 3% of farms own 52% of all farmland. Large-scale, intensive agriculture contributes to global climate change, degrades and depletes water reserves and soil quality and causes mass biodiversity loss.

How the CAP is falling short (infographic)