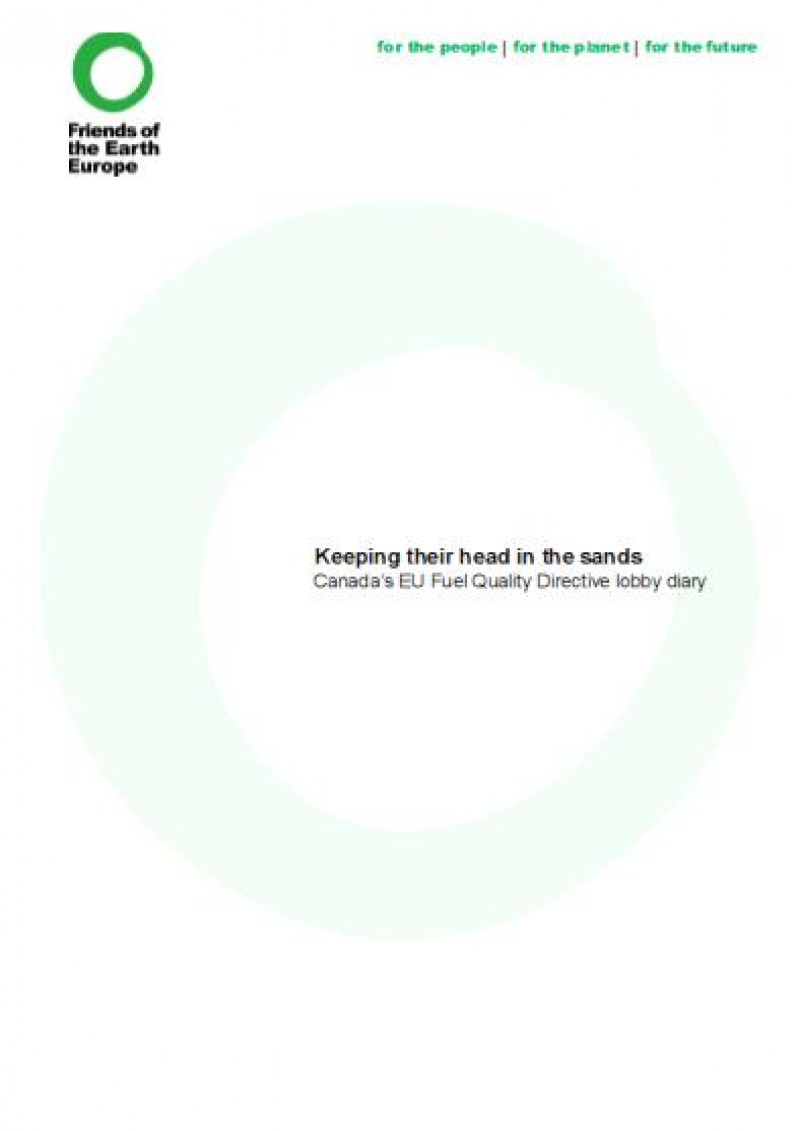 Canadian government ministers have been actively lobbying the governments of 11 EU member states, European Parliament and Commission to weaken one of the EU’s headline pieces of climate legislation, the Fuel Quality Directive. Friends of the Earth Europe has revealed the details of this lobbying in this lobby diary. This is an unprecedented lobby effort to open up the European market to oil from its devastating tar sands. Gordon Campbell, the Canadian High Commissioner to the UK, went so far as to describe tar sands as “a totemic issue, hitting directly on Brand Canada”.