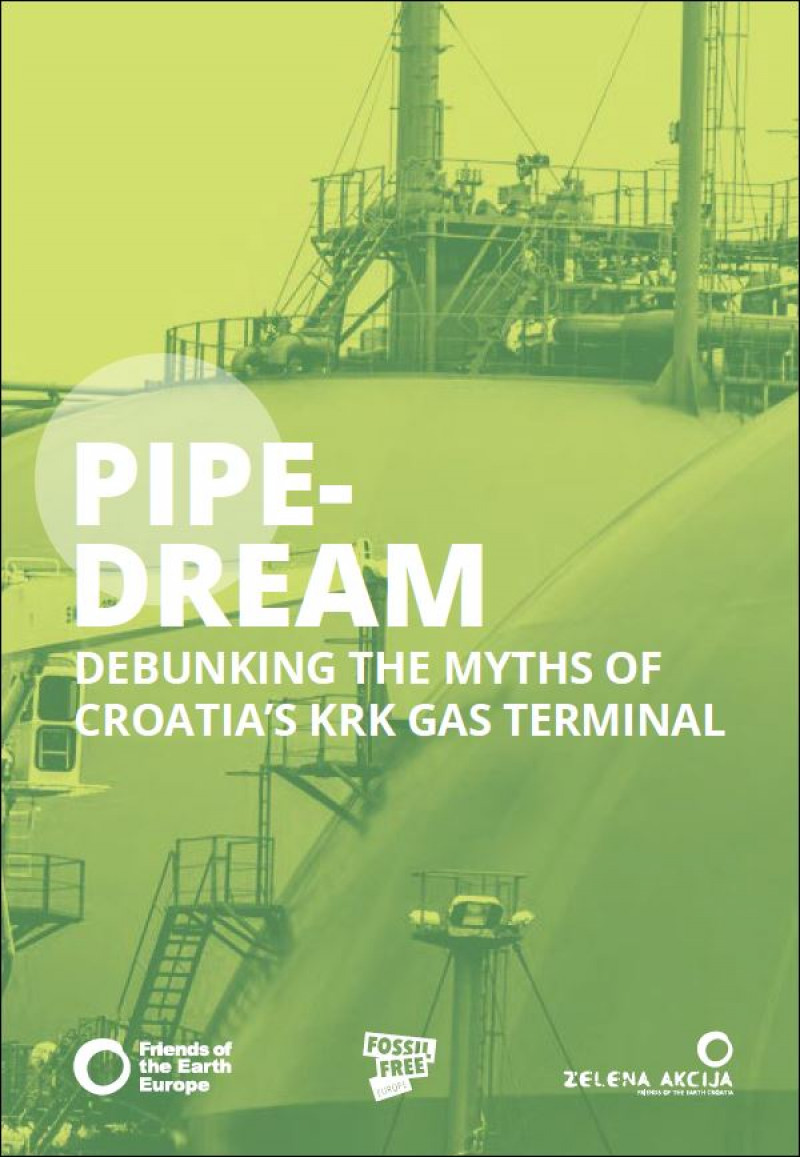 The Krk liquefied natural gas (LNG) terminal is a controversial European gas infrastructure project on the Croatian island of Krk. For two decades, the LNG Croatia d.o.o. corporation and successive Croatian governments have promoted its construction, joined in 2013 by the European Commission which gave it political backing and financial support as a Project of Common Interest (PCI), citing economic, energy security and even environmental benefits.

However, the terminal faces a crisis of lack of demand - as opposition grows and evidence mounts of the negative impacts it would have on the environment, climate, local economy and health of residents.

This mythbuster, published together with together with Zelena akcija/Friends of the Earth Croatia, deconstructs the arguments used by the promoter of the Krk project and exposes its climate, environmental, economic, and democratic flaws. The Croatian government, as the main shareholder, should give up on its Krk LNG pipedream.