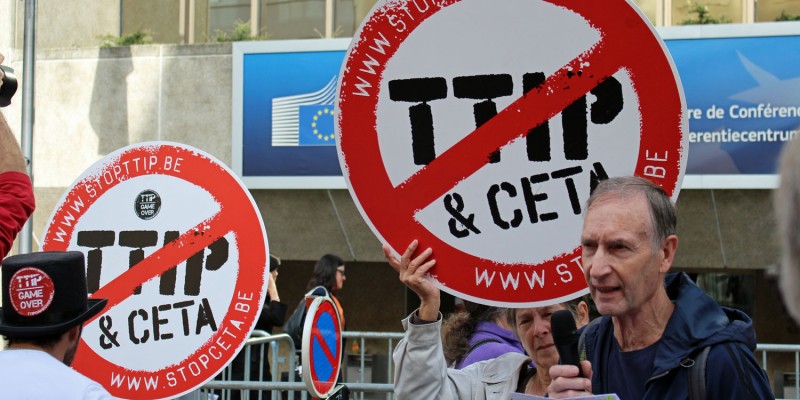 As the 14th round of negotiations begin in Brussels for the EU-US international trade agreement (TTIP), a leaked document obtained by Friends of the Earth Europe, confirms fears that TTIP is a threat to Europe's democracy and environmental safeguards.

The leaked document lays out the European Union's proposal for an energy and raw materials chapter of the deal, and if agreed would weaken European progress on energy efficiency, according to the organisation, and obstruct the urgently needed transition from fossil fuels to renewable energy. Particularly worrisome are proposals to rely on industry self-regulation when it comes to increasing the efficiency of household appliances – something that has failed repeatedly in the past.

Paul de Clerck, economic justice programme coordinator at Friends of the Earth Europe, said: "The EU's leaked proposal on TTIP and energy is in complete contradiction with Europe's commitments to tackle climate change, and the Paris agreement. It will flood the EU market with inefficient appliances, and consumers and the climate will foot the bill. The proposal will also hinder measures to promote renewable electricity production from wind and solar."

Paul de Clerck continued: "The proposal calls for eliminating all restrictions on the export of natural gas, which means more fracking in the US and more imports of American fossil fuels to Europe. This is the opposite of what we need at a time when we know that the vast majority of them need to stay in the ground.''

Friends of the Earth Europe calls for national governments to take action to halt the controversial negotiations. The EU-US trade deal is only one of a number of controversial trade deals being negotiated by the EU – last week the European Commission proposed the provisional application of the free trade deal between the EU and Canada.

There will be a week of public demonstrations against TTIP, as part of TTIP Game Over, a citizen's initiative calling for direct, non-violent action.