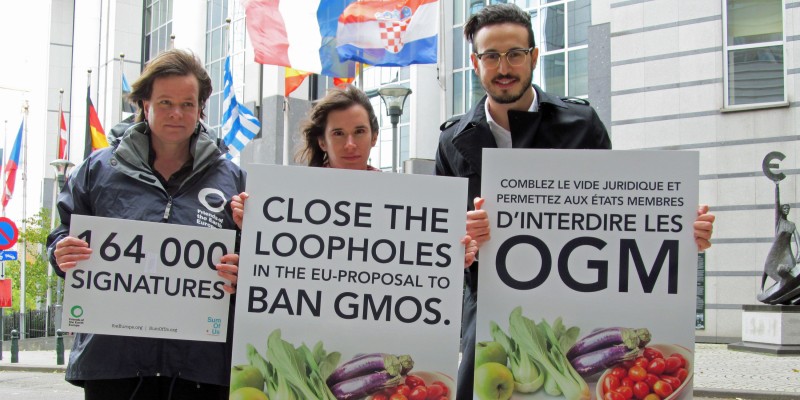 European governments today voted on a new law that grants them extra powers to ban the cultivation of genetically modified (GM) crops in their territories. [1] Friends of the Earth Europe is calling on them to immediately ban all GM maize crops – the only category of GM crop currently in the pipeline for cultivation in Europe.

Mute Schimpf, food campaigner at Friends of the Earth Europe, said: "This new law is a massive opportunity for national governments to shut the door on biotech crops in Europe. Countries should now ban all GM maize crops and follow the wishes of the majority of their citizens to move farming in a greener direction."

Despite the new law, the European Commission is under pressure from the biotech industry to re-start approvals of GM crops for cultivation at the EU level. Friends of the Earth Europe is calling on the Commission not to see the agreement on the new law as a 'carte blanche' to push through a raft of new GM crops. Instead, it should follow its own mandate and focus on developing better democratic procedures for GM crop authorisation.

Mute Schimpf continued: "This is no 'carte blanche' for the European Commission to push through new GM crops at the EU level. The serious safety issues of growing GM crops need to be fully addressed and improvements needed to reflect the increasing opposition from the public and national governments."

What does the new law say?

Which crops can be banned – governments have the right to ban groups of GM crops – defined by crop or by characteristics, for example all GM maize plants or all herbicide-tolerant GM crops. This is a big step forward in the battle to make Europe GM-free.

When can GM crops be banned – either during the EU-wide authorisation process or at any later stage governments can initiate a ban for the whole duration of its authorisation – up to ten years. A government can lift an existing ban without any notice.