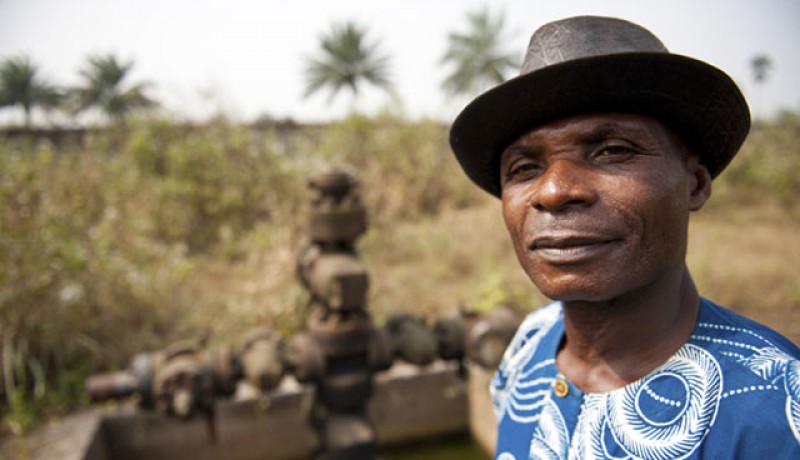 Nigerian farmers whose farmland was polluted by oil spills have submitted an appeal to the court in The Hague, together with Friends of the Earth Netherlands, following a ruling in January that acquitted Shell of responsibility for some of the charges brought against them.

The ruling in January found Shell responsible for not preventing the pollution of farmlands in Ikot Ada Udo, Akwa Ibom State in Nigeria – an important victory for Nigerian people and the environment, and the first time Shell has been ordered by a court to pay compensation for damage caused by its operations abroad. However, in two cases, the court did not find Shell liable for the damages suffered by the farmers. The case is now entering its next phase.

Evert Hassink, Friends of the Earth Netherlands, said: "In the village of Goi, Chief Eric Dooh and his fellow villagers are still living amidst the sticky black remnants of oil spills. In Oruma, Chief Fidelis Oguru, Alali Efanga and the rest of the village are trying to rebuild normal lives."

"The fish that supported them in the past have yet to return to the polluted creeks, and they are still hoping to receive compensation for all the years that agriculture was impossible because their fields were polluted by Shell oil."

An oil disaster has been ongoing in Nigeria for the last several decades. Tens of millions of barrels of oil have been spilled there since the 1950s. In oil disasters such as that of the 'Exxon Valdez' tanker near Alaska or the 'Deepwater Horizon' oil drilling installation in the Gulf of Mexico, there was massive public interest and outrage was extensive, and an emergency plan was enacted with great speed. The Nigerian disaster is a silent one, which has disastrous consequences for people, wildlife, nature and the environment, but little is being done about it.

Friends of the Earth Europe is urging the European Commission to take steps to ensure that parent companies are automatically held liable for the actions of their foreign subsidiaries (parent liability).

For questions about the court case, please contact the Milieudefensie press office, +31(0)20-5507333

More information on the Shell case