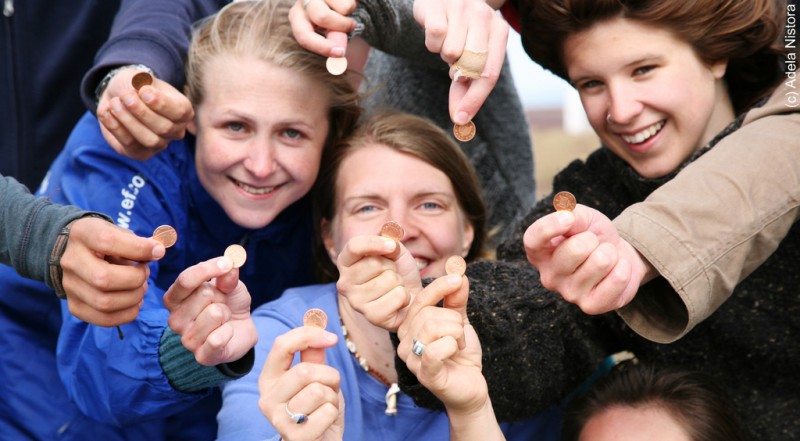 Push Europe with just One Cent

One cent alone is not very much. But if thousands of cents are transferred to the account of your national treasury it becomes a powerful sign of protest. Each cent has to be properly managed and cannot just be ignored. That turns the account statement of your government into a long petition for a different climate policy. Europe-wide young people demand that their government take responsibility for the coming generations. If we take action now we strengthen our economy in a meaningful way, create new jobs and save billions of Euros in the future.

Young Friends of the Earth Europe, the United Kingdom Youth Climate Coalition and BUNDjugend (Young Friends of the Earth Germany) started the 'Push Europe' campaign to take action and lobby our politicians. Together we are connecting young people and organisations across Europe and form a strong Youth Climate Movement. We want the EU to invest into climate action instead of letting young people pay for the effects of global warming in 20 or 30 years.

Therefore we are asking young people all around Europe to transfer 1 Cent to their national government. This is a sign for our concern about the effects and costs that we will endure in the future if we don't agree on ambitious climate targets NOW. We consider this as a down payment into a sustainable low-carbon future.