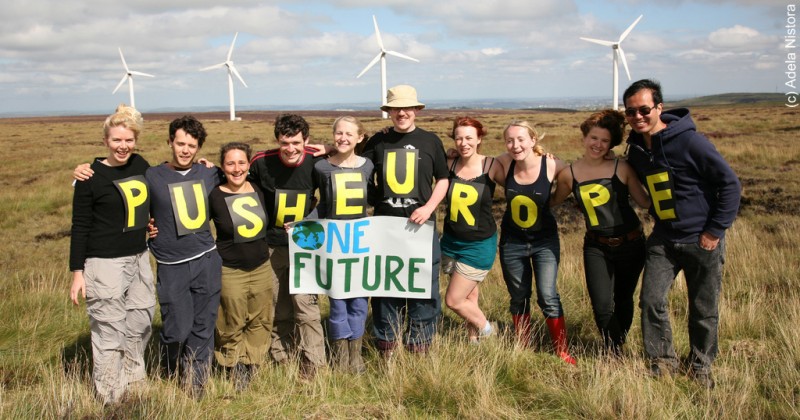 When you see the lush green rolling hills of the English countryside, hear the river right next to you and meet the inspiring people from all across the country – you know that you're in the right place: the Push Europe UK camp. We at Young Friends of the Earth joined forces in the UK and decided to put on a camp in mid August at Ogden Moor wind farm. The action camp helped us to build capacity and supports the Europe-wide campaign for climate action by the EU. We consciously planned the activities around the campaign but we had also time to talk about the network in the UK and to come up with some great ideas for the future. Although we generated some local media interest with our press release, our aim was to support the other groups working on Push Europe with stunning images – so the project was really for activists by activists.

We've also discussed upcoming campaign actions – so we have now an online action running on FoE Scotland's website and hopefully we'll have one on FoE EWNI's website as well soon.

So watch this space, there is more to come!