Young Friends of the Earth EWNI took part in the DECC (Department for Energy and Climate Change) Youth Advisory Panel launch. The Panel was a group of young people aged between 15 and 25 from various regions in the UK, set up to act as a medium of exchange between the Government's Department of Energy and Climate Change and young people. The Youth Panel's Report "Energy: How fair is it anyway?" looked at the fairness of different energy options for the UK from the perspectives of young people. A survey of young people found that 94% of those questioned saying that offshore wind was a 'fair' energy technology, 81% said onshore wind, and 94% supporting solar energy! By contrast, only 2.2% supported coal.

Youth Panel member Mairi McInnes, Young Friends of Earth Scotland said: "The report is the start of a sustainable long term journey that will hopefully inspire all generations to be curious about the complexities and politics of the energy mix. DECC has given us a platform and a voice and in return we are committed to encouraging a movement among all generations on understanding our role within that energy mix." 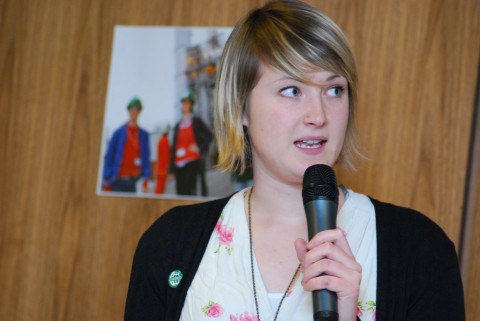 At the launch event, there was an online conference all involving both young people at the Cancun Climate Talks and the Young FoEEs Climate Justice convergence Cancun in Brussels. It is hoped this will be the start of a wider dialogue to involve young people in decisions that massively affect their future; and the Youth Panel could also be replicated elsewhere.