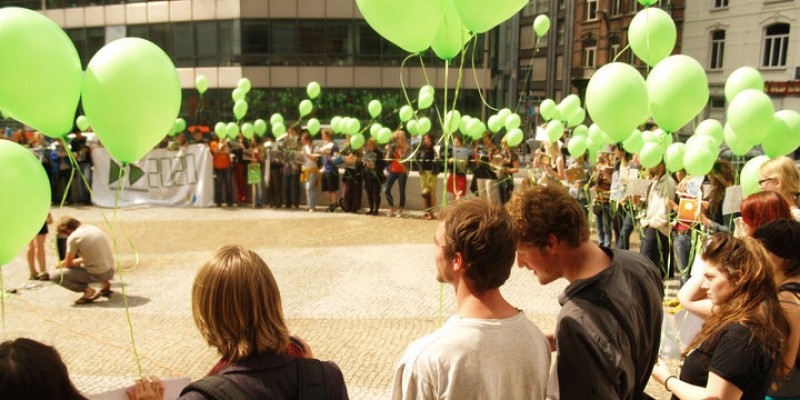 YFoEE participated in the third YouPEC (European Youth Perspective) Conference, organized by the Belgian youth organization JNM. The 5 day conference brought together 150 young people working on biodiversity, from across Europe, including many from the YFoEE network and YFoE groups. Amongst other things, we took part in lectures, workshops and the writing of a youth declaration, to build a youth voice in response to the upcoming UN Convention on Biological Diversity October in Nagoya, and the YouPEC made space for lots of networking and action planning between young people in Europe on this theme of Biodiversity. The declaration, which has already been delivered to the EU Commissioner of the Environment Janez Potočnik, and national environment ministers across Europe, as well as other information from the event and how you can still get involved in taking action for biodiversity can be found at http://www.youpec2010.eu/.

YouPEC was an amazing event that inspired all the participants, to start acting to protect and restore Europe's biodiversity. But we cannot do this alone, we need politicians to act. Europe's policy makers need to take the valuable suggestions of the young Europeans into account, constitute a more ambitious and stronger European biodiversity policy, and ensure that there is still a reason for youth to be the leaders of tomorrow. ACT NOW!

The YouPEC participants presented the declaration at the EU Commission building in Brussels, each person held an image of Europe's unique species and ecosystems attached to a balloon. To symbolize their concerns regarding the rapidly accelerating rate of biodiversity loss, they stopped the balloons from flying and handed them over to the European Commissioner for Environment Janez Potočnik.