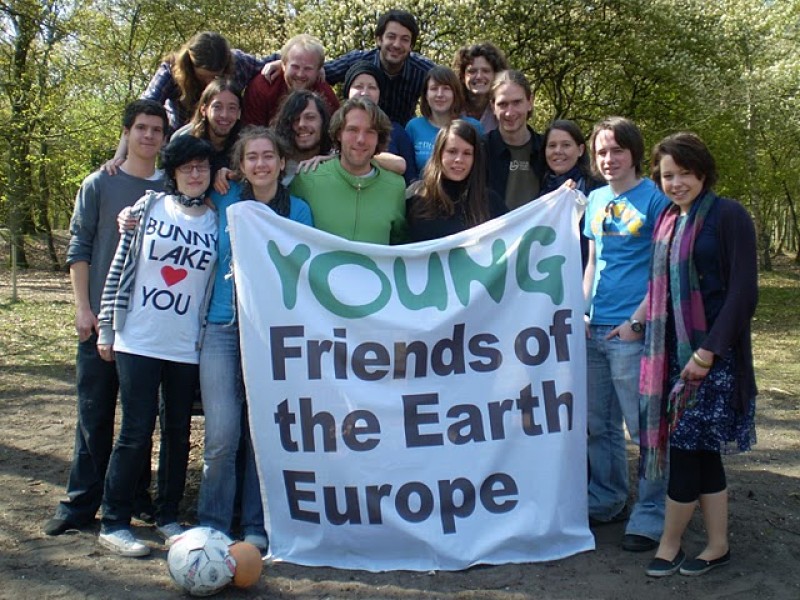 After 3 years since Young FoEE was established, it was about time that we took some time to reflect on everything that we have done in this short time, and the scale on which Young FoEE has grown and developed! We looked back critically at the structure that Young FoEE runs on, and where it lacks capacity, and the ways that we can all get involved to make it more effective and sustainable, and explored what was the purpose of the network and what we can and should be doing to bring about social and environmental justice in the world.

There was clear indication that having working groups to lead on areas of work and projects made up of volunteers from across the network, and for these to interlink between other working groups, the Steering Group and FoEE, should be invested in more. Climate Justice will continue to be our core issue and focus for projects and activities in 2010 and 2011 will be worked on further by the newly set up Climate JusticeWorking Group (open for all to join).

Further, an organising group and mailing list to plan and run the 2010 YFoEE Summer Camp was set up, and will be working on the agenda, participants and logistics of this event.

And last but not least, a new Steering Group of 7 people was accepted by the meeting to coordinate the Young FoEE network for 2010/11. The new Steering Group stayed an extra day after the Network Gathering for an intensive induction and handover session, and will be having monthly conference calls, every second Tuesday evening of the month, as well as being separately involved in facilitating working groups and areas of work of Young FoEE.