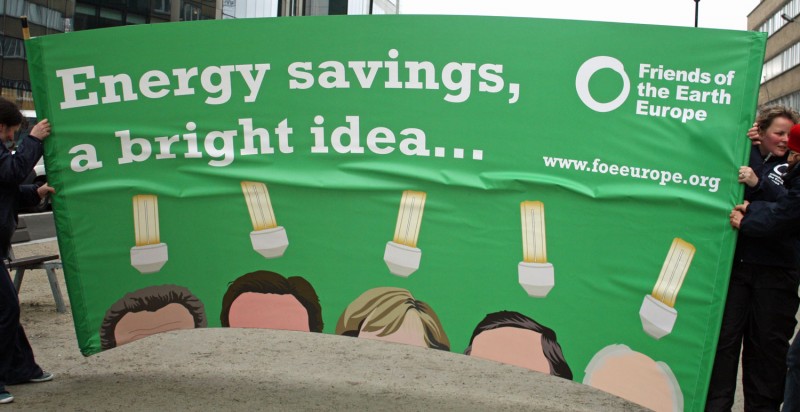 Not enough ambition to reach an energy efficient Europe

Europe’s energy ministers have reached a compromise on improving energy efficiency in Europe.  This follows months of negotiations with the European Parliament. The compromise deal is a welcome step, but lacks ambition and is too weak to fully realise the EU's agreed 20% energy savings target according to Friends of the Earth Europe.

The Energy Efficiency Directive does not include binding targets or clear requirements for buildings renovations – both crucial if Europe is to benefit environmentally and economically from energy savings. The central measure of the directive – an annual 1.5% savings target for energy companies – has effectively been reduced to 1%.

Brook Riley, climate justice and energy campaigner for Friends of the Earth Europe said: "The deal falls far below the level of ambition needed to meet the EU's 20% by 2020 energy savings target. A seemingly win-win directive to reduce fuel bills, cut oil and gas imports and carbon emissions has been significantly watered down by some short-sighted member states."

The compromise pushed through by member states is even weaker than an already unambitious proposal from the European Commission. However, the EU 20% energy savings target can still be achieved if the Directive is complemented by ambitious and binding national energy saving targets [1].

Meeting the European Union's current 20% energy efficiency target for 2020 – which at present rates will be missed by more than half – would cut annual greenhouse gas emissions by 740 million tonnes, create up to 2 million new jobs, slash dependence on energy imports and produce net savings of over €200 billion per year [2].

The deal still needs to be officially approved by the European Parliament.

Commenting on Thursday, following the compromised deal in the trilogue meeting on Wednesday night, Erica Hope, senior policy officer for Climate Action Network Europe said: "This Directive will give us neither binding national targets, nor measures which are strong enough to achieve the 20% energy savings target. Instead we have a 1.5% annual savings rate that is riddled with loopholes, a mere token gesture toward the renovation of public buildings, and a promise of some reviews in the future. This deal is a missed opportunity for the economy and for the climate."