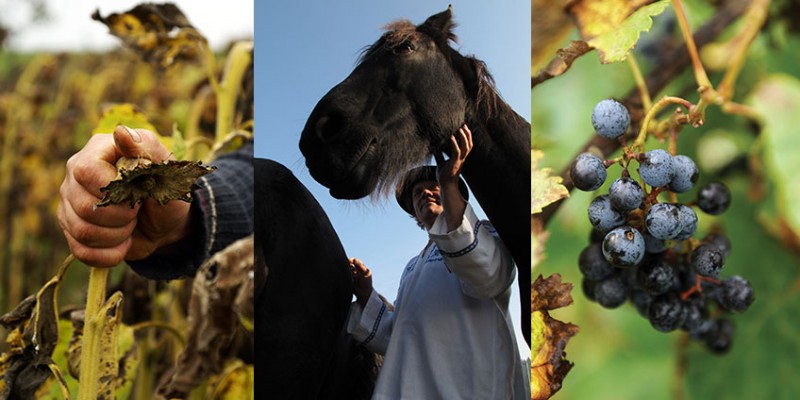 Nourished by Earth – farming solutions in the Czech Republic

Tereza Konrádová and Klára Havlová from Hnutí DUHA/Friends of the Earth Czech Republic report on farmers across their country who are bringing sustainable, good, local food back to citizens.

We live in an age where we have been able to fly into space for over 50 years, in which the atom has long since been split, and in which many of us use the latest technology every day. Yet, so far mankind has not found a way to feed itself other than agriculture. At the same time, agriculture is one of the biggest burdens on our planet – from deforestation and biodiversity loss through to the use of chemical pesticides and fertilizers to transportation of food from one side of the globe to another. This seemingly irresolvable situation actually has a solution: local food production that takes environmental standards into account, and tightening the connection between farmers and people who eat their food.

Evidence that this can work comes from the existence of many farmers who have courageously chosen this path, a path of producing seasonal food in an environmental friendly manner and selling it to local people. Let's meet some of them. 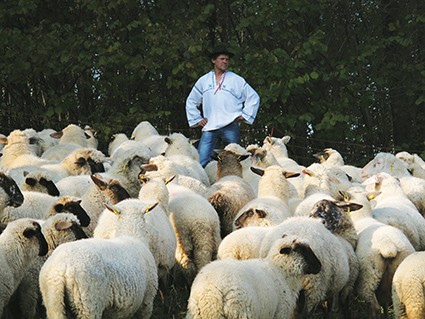 While mostly made up of pastures, forests and groves are also part of this farm. Between the villages of Halenkov and Huslenky, there is enough green space for 25 cows and 300 sheep. At an altitude of 670 metres above sea level, herds of horses of various breeds, colours and temperaments run freely around. They are the greatest love of the Kocurek family, who have begun to use organic agriculture because of them. The farm also consists of orchards full of apples, pears and plums and potato fields. In the mountain meadows, which are part of the Beskydy protected area, flowers including gladioli, gnat-flowers and Dwarf gentian are flourishing. The best way to support these protected species is let sheep to do the job for you – they are the most experienced landlords with centuries of tradition. The result of such farming is not just local, high-quality meat, fruits and vegetables, but also well managed and protected land. 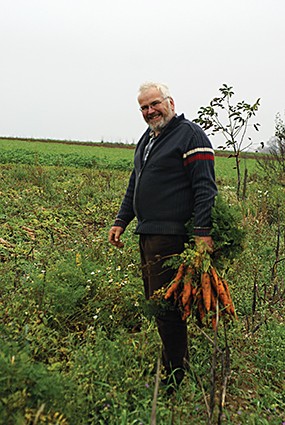 The Matoušek family has been farming at their farmhouse at the Czech highlands (called Vysočina) since 1869, and the maternal line of the family landlords extends as far back as 1678. František Matoušek started with organic and vegan agriculture (farming strictly without the use of animal products) in the early nineties. Today, the new orchard is starting to spawn pears, plums, cherries and apples; many kinds of vegetables (parsley, celery, carrots, potatoes, leeks, onions, garlic, red and white cabbage, lettuce, turnips, radishes, black radish, and corn) and cereals (wheat, spelled, rye bit, barley and oats) thrive here too. The local plant kingdom is also flowering – cornflowers and marigolds in particular. 'Green manure' comes from sunflowers, alfalfa and clover, helping produce the energy for all the other inhabitants of the farm. 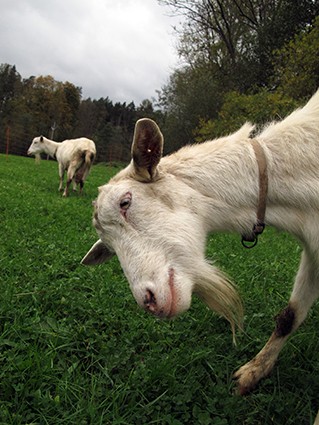 At the end of the village with one hundred inhabitants, there is a small farm house. Behind it there are only meadows, forests and grasslands. And so the valley of the Lesní Jakubov is an ideal place for a goat farm – especially an organic one. The farmers Hugo and Marta Čapek realise that a small farm can feed a family and others without hard work from sunrise till sunset. Currently they have 17 goats, and their milk is sufficient for the production of natural and flavored yogurts, kefir, soft and semi-hard cheese, and even a special goat soap and sunscreen. 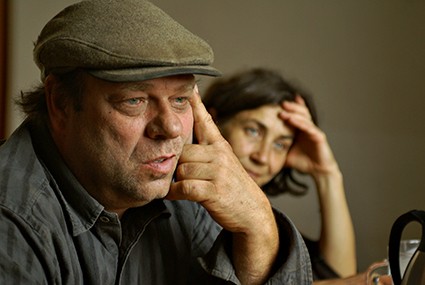 Halfway between Janske spa and Vrchlabi, in the Black Bottom is a baroque mansion Fořt, around which the Kout organic farm is situated. The farm comprises sixty cows, ninety calves, a variety of grains (spelt, oats, buckwheat, wheat, and rye) and more than thirty kinds of vegetables. The farm itself is practically a living organism. The farmer, Joachim Dutschke, came here from Germany and founded a farm based on principles of biodynamic agriculture. This method of farming, introduced to the world by the Austrian polymath Rudolf Steiner, places emphasis on self-sufficiency and a closed cycle in the farm. 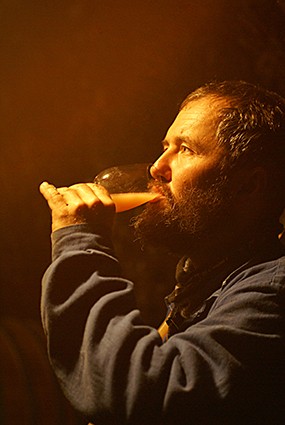 Richard Stávek has made a decision to produce authentic wine. This way of producing wine is nothing new, in fact it is based on the traditions and practices of our ancestors, as well as beingconsistent with the principles of organic farming. Richard, when asked why he started using this method, says: "When I realized what was sprayed on grapes and being adding to the wine, I decided to start producing credible, authentic wines." You can buy not only white, red and rose wines, but also an orange variety. To produce this orange wine, grapes are allowed to lie on their peels to obtain this specific, amber colour. In addition to cultivating vineyards, Richard's family has also orchards, so when they're in season you can taste local apricots, cherries, plums and nuts. Living around the vineyards is also a herd of goats that exists in harmony with the vines, while providing milk for a delicious cheese.

These are some of the small, family farmers across the Czech Republic who supply local people with fresh seasonal food – meat, milk and diary, fruits and vegetables, grains, nuts, wines and many more. But they are more than just producers of food – they help to preserve nature resources and land – because we all are nourished by the Earth.